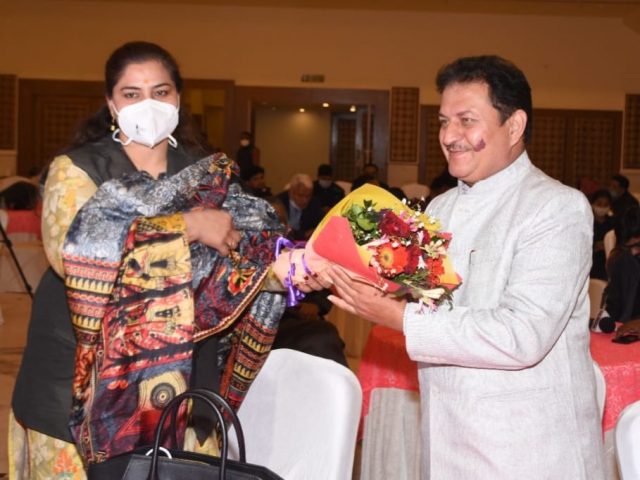 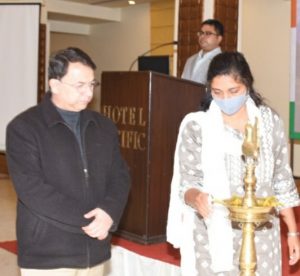 This time a new initiative would also be taken by the Election Commission, under which the facility of voting through postal ballot would be provided to senior citizens above the age of 80 years and persons with disabilities identified in the electoral roll. He said that preparations had also been done towards following the guidelines of Corona Protocol at every level. Tools to fight spread of the virus like masks, sanitisers, hand gloves and wheelchairs for the disabled and ramps for them, Braille script copy for visually impaired would also be available at the booth against Corona. This time doli would also be used to bring the disabled and pregnant women to the booth in the hills. She also appealed to the media to work together in the role of its ally in the entire election process. Director General Information Ranveer Singh Chouhan said that the role of media was important in the successful conduct of general elections to the Legislative Assembly. He said that a system would be developed for proper exchange of information to the media in elections, so that media could get timely information from any one platform. Presentation on paid news was given by Dr Subhash Gupta, Professor of Masscom Department of Graphic Era University in the workshop. Dr Gupta, hile highlighting the ill effects of paid news, said that such propaganda based on false facts could give undue advantage to the dishonest and less popular candidate against an honest candidate. Nodal Officer Media Election Nitin Upadhyay gave a presentation related to media monitoring, certification and committee’s work. Upadhyay shared information related to the guidelines issued for the media at the time of election and the broadcast of advertisements. The media was also informed about the facilities provided by the Election Commission at the time of elections. Upadhyay also invited suggestions from the media in the election process. On this occasion Deputy Director Information Ravi Bijaraniya, Assistant Director Archana, Media Coordinator Rakhi in the office of Chief Electoral Officer, All India Radio / Doordarshan news in-charge Raghavesh Pandey and other senior media representatives were present.