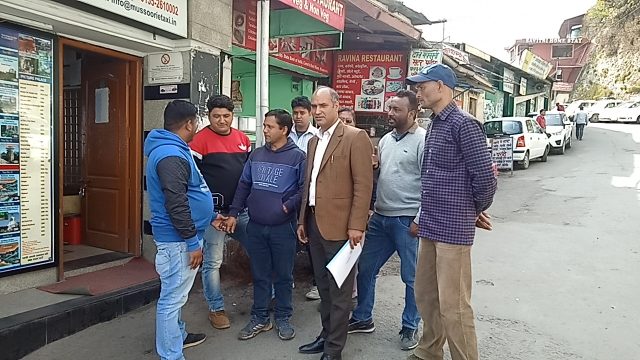 By Sunil Sonker
Mussoorie, 29 Mar: Following news being published about the woes of the Mussoorie Taxi Association, Transport Secretary Shailesh Bagoli held a meeting with association officials. The taxi owners had complained about requisition of taxis for the elections by the RTO. They had also presented other demands on Friday at the Uttarakhand Secretariat.
Bagoli assured officials of the Taxi Association that the payment being given to taxis on election duty would be raised. He further asked taxi owners and drivers to cooperate in the elections. Thanking Garhwal Post, Secretary of Mussoorie Taxi Owners’ Association Sunder Singh Panwar said that after publication of the news, the Secretary held a meeting with them at the Secretariat and telephonically instructed Transport Commissioner Suneeta Singh and RTO, Dehradun, Dinesh Patoyi to take cognisance of the problems.
The main demands include driver’s allowance and rent of taxis to be increased. As speed governors for Ambassador cars are not available in the market, therefore not to hold up issue of permanent fitness certificate on that basis. Taxis taken for election duty ought to be used in the same district so that owners and drivers do not face problems. Present on the occasion were Dehradun Association President Rajendra Bhandari, Doon Travel Association Vice President Guruvendra Singh, Joint Secretary Pradeep Bhatt, and Joint Commander Union, Rispana, President Pramod Nautiyal.