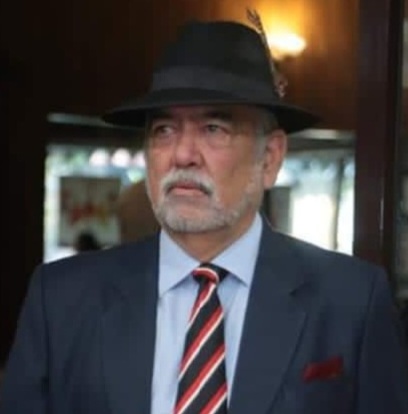 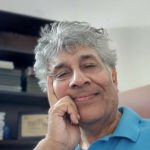 “Sir, can I come over and meet you for half an hour,” I asked softly over my cell phone.
“Why half an hour? Come over for a drink and a bite,” he replied.
“Thank you Sir, I don’t drink in the afternoon, and I am a frugal eater,” I reasoned. I thought a gentleman must refuse at least once!
“KBK just come over,” he said, and we hung up. 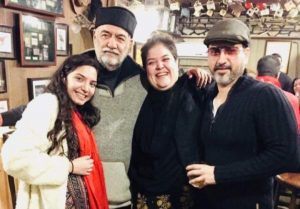 I was talking to Michael Dalvi, who is a living legend!

His grandfather was in the British Indian Army and fought in the First World War, and his father, the late Brigadier JP Dalvi, commanded the 7th Infantry Brigade of the Indian Army during the 1962 Sino-Indian War. 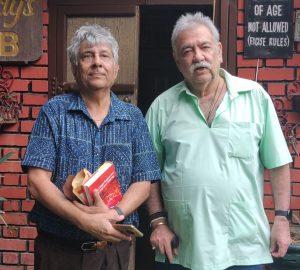 Walking around his magnificent and classy property, it becomes evident that Mike Dalvi is a Scotch, Bourbon and Whiskey specialist.
One gets a peep into many other facets of his personality from souvenirs that crowd the house. Fishing rods, spools, pipes, coasters, maps, old family photos, notes, empty bottles, bar props, a collection of glasses, leather saddles, preserved uniforms,.. even bullets- they are all there!

Every inch of Vishranti Forest Retreat, has something one hasn’t seen before in the way it has been created. A friend of mine and a prominent Dehradun socialite, hit the nail on the head when he remarked one evening in my house, “There are two sets of people in Dehradun. Those who have had drink, food, and walked around Vishranti with Michael Dalvi, and those who haven’t!!”

I entered Vishranti in the hope of being a part of the former!

There are a few things about Michael Dalvi, which strike you immediately. He is fair, good looking and has kind and honest looking eyes, which don’t try to assess you because they take it for granted that human beings are good.

His English is impeccable, pronunciation and intonation perfect ! I told him that his looks reminded me of Farouk Engineer with and against whom he had played cricket for years.
“That’s not a compliment KBK,” he thundered with a chuckle, and immediately broke into an anecdote about the great wicketkeeper!
“Engineer stood right up to the stumps- no matter spin or fast bowling. He had this ability of rolling his tongue that made a sound as if a ball had nicked a bat. Whenever the ball passed the bat closely he would “click” his tongue and start appealing, “Howsszat, Howsszat.”
On quite a few occasions he tricked the umpire into raising his finger. He is a wonderful friend and human being,” he added.

By the time he had narrated this anecdote and a few more – I was ready for my first Bloody Mary. And then the second – as we walked the wide and sometimes narrow lanes of cricketing memories.
“Russi Surti had a foul tongue, and it was embarrassing when he “let go.” Prasanna was the best off spinner I ever saw and played with, but he was unfit, and carried extra weight. Venkat bowled a mean line and length. Subhash Gupte was the greatest leg spinner, but his brother Baloo Gupte was very ordinary. One could not pick up VV Kumar’s googly.”
“Was Pataudi really all that great or did he get the benefit because the press in those days dared not criticize him, and because they evaluated him as a one-eyed cricketer who still managed to play, captain and score hundreds for India?” I asked .
Michael was quiet for a few seconds – lost in thoughts. He then broke the silence,
“KBK, I was thinking of a word to describe him. I still can’t find it –but the closest would be –genius. He was pure, unadulterated genius. You can’t teach or coach anyone to be like Pataudi. You have to be born a Patuadi,” he said with a faraway look.
From the photos and names of the rooms that adorn Visranti- it becomes clear who his heroes are – his Dad Brigadier John Dalvi, and his teacher and Deputy Head Master at the Doon School, RL Holdsworth- nicknamed “Holdy”. It is no wonder that the bar is named “Holdys” and the Restro Bar “Brigadier’s.”
His Dad was a celebrated soldier who fought the 1962 Indo-China War.
Michael, was in the exam taking class at the Doon School at that time. However, his world turned upside down when on a cold and dreary winter mid-November day, he was summoned to the Headmaster’s residence.
“It was no big deal, because I was a senior Prefect of the school and interactions with the HM and faculty were commonplace. But what I found unusual in the drawing room was the presence of two Army officers,” he recalls.
He sensed that something was desperately wrong.
“Nobody really knew what to say, and certainly not how to say it. I broke the ice by saying one word- ‘Father?”
Yes, they told him that the Army had lost contact with his father, the day the Chinese had attacked, in what was the beginning of the ‘Battle of Namka Chu”. The terrain was mountainous, deeply forested & hostile. Rations and provisions were scarce, if not non-existent. In short, the message was, “Lost, presumed killed in action.” That is Army parlance for a battlefield death. He recalls,
“I was too proud to break down, especially not in the presence of my Headmaster and Dy Headmaster, and certainly not in front of the men in olive green. Only I know what it took to keep my dignity. Maybe it was the numbness.”
Michael recalls, that it was then that the great J A K Martyn & R L Holdsworth (Headmaster and Deputy Headmaster) displayed what stuff they were made of. They told him not to be too concerned about the Senior Cambdrige exams he was in the midst of. He could stay another year. They went on to say that he was not to worry about his school fees. That would be taken care of.
THEY TOLD HIM WHAT HE HAD TO BE WORRIED ABOUT WAS HIS MOTHER……The young Michael was given a lesson on priorities of life.!!!
To cut a long story short, fortuitously his Dad came back after being kept a prisoner of war for seven months in Tibet. Though he died relatively young, he was able to see Michael reach the pinnacle of his cricketing life, and to write a monumental book called “The Himalayan Blunder.”

I can’t end without narrating a delightful incident. When Michael scored his first Ranji century while still in college, his father invited him for a celebratory meal and beer at the Officers’ Club. He was absolutely over the board –after all, his Dad had also played Ranji Trophy and it was a dream come come true to share a meal on the occasion with him. Scoring 158 runs is a very big deal. As they settled for the meal, his Dad looked at him and said ,
“Michael, did no one teach you how to square cut and play the ball off your hips.” Ha, ha !!!!!.
“KBK, it was as if I had scored a duck and not 158. But that was Dad – a perfectionist.”
Michael Dalvi, has been there , seen it all , done it all.
That’s why I call him not “Michael Dalvi”, but “Mike All Dalvi.!!!!

(Kulbhushan Kain is an award winning educationist with more than 4 decades of working in schools in India and abroad. He is a prolific writer who loves cricket, travelling and cooking. He can be reached at kulbhushan.kain@ gmail.com)

Garhwal Post has established itself as a credible, balanced and forward looking newspaper in India. Based in Uttarakhand, the daily is read by the aware, socially and culturally responsible, high-income elite of society.
Contact us: info@garhwalpost.in
dating sites for serious relationships