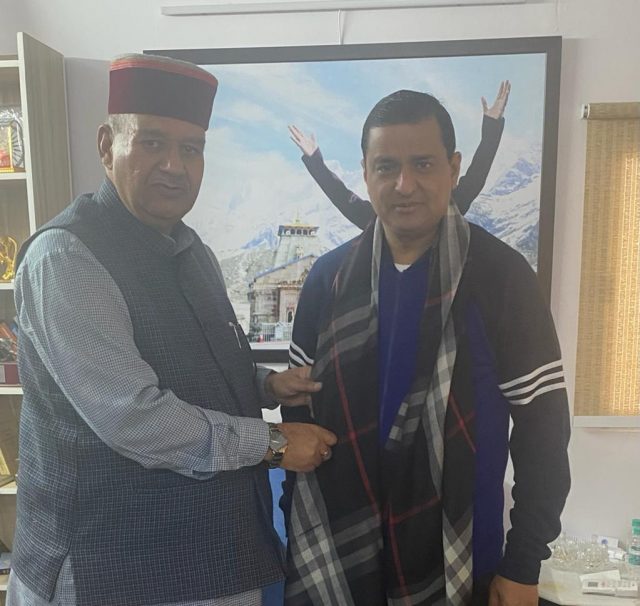 By Our Staff Reporter
Mussoorie, 25 Nov: Cabinet Minister Ganesh Joshi met Rajya Sabha MP from Uttarakhand and BJP’s National Media Head, Anil Baluni in New Delhi on Thursday and invited him to attend the Shaheed Samman programme to be held in Roorkee, on 2 December.
Minister Joshi also requested MP Baluni to also attend the foundation stone laying of the Mussoorie Drinking Water Pumping Scheme to be built at a cost of Rs 144 crores. He said that this scheme would prove to be a boon for the population of more than thirty thousand in Mussoorie. The town would not face a drinking water crisis for the next 20-25 years.
He said that the Bhoomi Pujan of this scheme had been done and, soon, MP Anil Baluni would lay the foundation stone of the scheme.