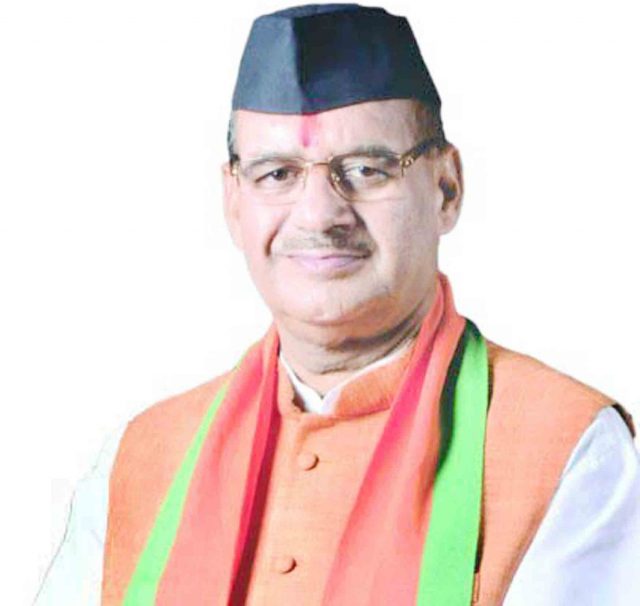 By Arun Pratap Singh
Dehradun, 15 May: After days of sparring in public, several BJP leaders including ministers and MLAs, the BJP State leadership has finally taken cognizance of the issue and has now issued clear instructions to all the ministers and MLAs to refrain from sparring in public and instead get united in testing times of Covid to collectively fight the pandemic.

BJP State President Madan Kaushik today directed the party leaders in general and the elected public representatives in particular not spar in public and to be united in fight against Corona pandemic. Kaushik further added that this was not proper time to settle scores with each other but a testing times which demanded everyone to forget differences and join hands to fight against Corona. Taking a step further, Kaushik today directed all MLAs and party office bearers to go out and monitor the Covid handling by the administration and even hold blood camps in their respective areas to ensure that there was no shortage of blood during the current wave of the pandemic.
It may be recalled that recently, some ministers and BJP MLAs were spotted sparring and even issuing statements against each other. In fact a recently inducted cabinet minister had been involved in several such incidents. Ganesh Joshi had first issued statements criticising former Chief Minister Trivendra Singh Rawat and even the government led by him over handling of Corona pandemic.  He had gone to the extent of accusing the then Trivendra Singh Rawat Government of not doing enough towards strengthening of health infrastructure to effectively handle the on going wave of the pandemic. He had also publicly accused Raipur MLA Umesh Sharma Kau of making wrong claims about setting up ICU beds at Rajeev Gandhi Sports Stadium where a Covid Care centre has been set up. On his part, Kau had chosen not to respond in public but added that this was not time to fight amongst themselves. He further stated that the Covid Care Centre at the Stadium was a temporarily set up health care facility and he and others were doing their best to set up as better as possible health care facilities.
It may further be recalled that Congress State President, Pritam Singh, did not miss the opportunity to take on BJP leadership over the issue and claimed that false and fake claims of setting up ventilator and ICU beds by BJP leaders and MLAs was being exposed by the BJP ministers themselves.
Taking cognisance of the open tussle between various party leaders, Kaushik had to take lead and issue directions to the party leaders to refrain from this tussle at this crucial juncture. In view of the state assembly elections due early next year, such tussle between the party leaders in public can create lot of problems for the party, therefore compelling the state leadership to intervene. However, Kaushik’s advice could rather have come early, felt many party leaders to whom this correspondent spoke.