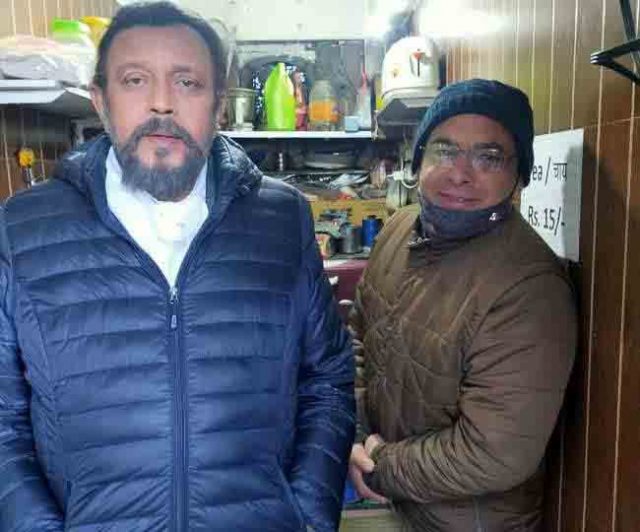 By Our Staff Reporter
Mussoorie, 23 Dec: The shooting of ‘The Kashmir Files’ in Mussoorie continued on Wednesday at various sites. Shooting started at 7 a.m. at the Picture Palace Chowk, depicting movement of Kashmiris. The Tilak Memorial Library was shown as Kashyap Kala Kendra, Guru Bazaar, Srinagar, with protesters at the main gate.
A scene outside a court was also shot on the main road, where a person is shot. Actors Mithun Chakraborty, Anupam Kher and Puneet Issar arrive in a VIP car and take stock of the scene. A lot of enthusiasm was seen among the bystanders during the shooting. 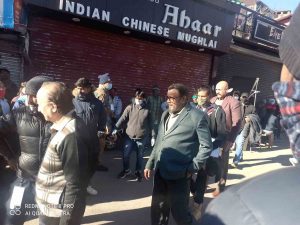 A huge crowd had gathered at the shooting venue since morning, hoping to catch a glimpse of the famous actors. The three actors were also seen chatting with each other in the warm sunlight of Mussoorie. They also tasted the omelettes at the Bar-be-Que Corner. They praised the natural beauty of Mussoorie.
In the evening, a scene was shot at Gandhi Chowk depicting Lal Chowk of Kashmir. The police were very cautious about the security point of view, not wanting the crew to face any kind of problem.

Garhwal Post has established itself as a credible, balanced and forward looking newspaper in India. Based in Uttarakhand, the daily is read by the aware, socially and culturally responsible, high-income elite of society.
Contact us: info@garhwalpost.in
indianapolis casual dating bronx women seeking men https://garhwalpost.in/dating-ukiah/