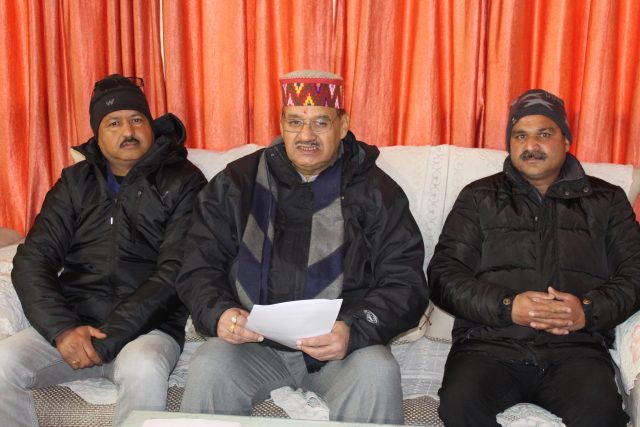 MUSSOORIE, 6 Jan: Providing details about the Citizenship Amendment Act, Mussoorie MLA Ganesh Joshi said at a press conference at a local hotel, today, that the opposition parties were spreading lies and violence to create unrest. He said there was nothing in the CAA to take action against any Indian. Referring to the recent incident at the Nankana Sahib gurudwara, he said that atrocities on Sikhs, Christians and Hindus, living as minorities in Pakistan, Afghanistan and Bangladesh were usually targeted. The victims would be helped through the law. On the occasion, he also attacked Congress leader Priyanka Vadra, saying that on the occasion of Vijay Diwas, when the whole country was remembering the martyrs, she was supporting students raising slogans against the country and indulging in violence. He also led a rally in support of the Citizenship Amendment Act from the Clock Tower to Gurudwara Chowk comprising BJP workers. Among those present were Kushal Rana, Virendra Rana, Amit Bhatt, Vijay Bindwal, Pushpa Padiyar, Mussoorie Mahila Morcha President Meera Suriyal, Narendra Padiyar, Ramesh Khanduri, Roopchand Sharma, Gambhir Panwar, Sapna Sharma, Sumit Bhandari, Anil Singh, Abhilash Rana, Badal Prakash, Mukesh Dhanai and many others.