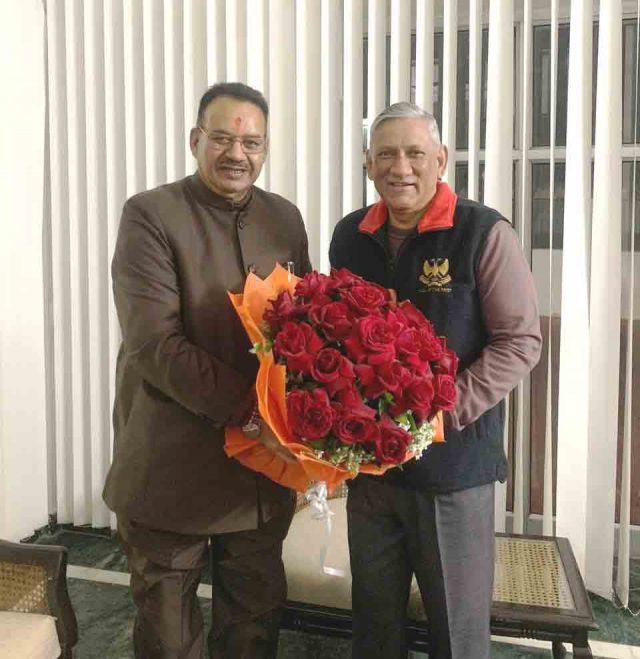 DEHRADUN, 20 Jan: Mussoorie MLA Ganesh Joshi met Chief of Defence Staff General Bipin Joshi in New Delhi on Sunday. He appealed to the General to ensure the rescue of missing Havaldar Rajendra Singh, who went missing some days ago. Joshi reminded in a letter submitted to the General that Havaldar Singh, who was with the 11th Battalion of the Garhwal Rifles in Gulmarg, went missing on 8 January. His whereabouts had not been traced, yet. He is believed to have been hit by an avalanche. Joshi revealed that he had met the family of the Havaldar on 12 January and assured them on behalf of the Army that every effort was being made to trace him. Singh’s family was suffering from great anxiety at his fate. Joshi also told the CDS that UPNL was repeatedly told by the Army to vacate its premises in Doon, even though the organisation was involved in providing employment to Ex-Servicemen and their family members. He also asked for the setting up of a pre- recruitment Training Centre for dependants of ESM in Garhi Cantt. General Rawat assured Joshi that the Army was making every effort to track down the whereabouts of the missing NCO. He also promised to look into Joshi’s other demands. MLA Joshi was also accompanied by BJYM National Joint Media In- Charge Neha Joshi.