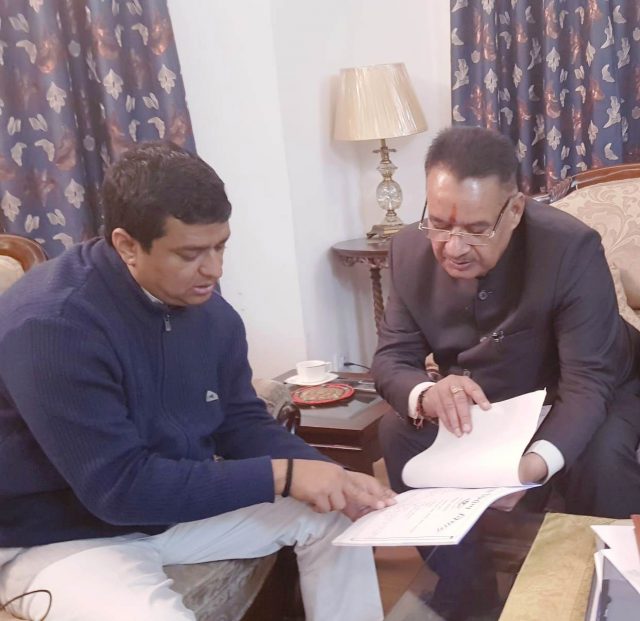 By OUR STAFF REPORTER
DEHRADUN, 5 Feb: Mussoorie MLA Ganesh Joshi met Rajya Sabha MP Anil Balooni in New Delhi and discussed obtaining approval for water supply schemes in Mussoorie and Nainital.
Joshi said that proposals worth Rs 350 crores had been sent to the Union Government regarding water supply schemes for the two hill towns. By the month of March, both places were overwhelmed by the number of tourists. He appealed to MP Balooni to ensure both schemes were approved before the advent of the tourist season.
Balooni assured Joshi that the matter was under consideration in the Finance Ministry and approval would be granted soon. Both towns were significant from the point of view of boosting tourism in the state.