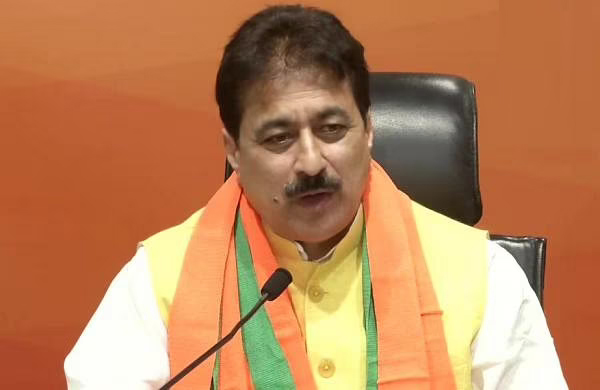 DEHRADUN, 27 Sep: Congress MLA from Purola, Raj Kumar, who had recently switched loyalty to the BJP, has now resigned from the membership of the state assembly. Today, he called on the Assembly Speaker, Prem Chand Aggarwal, at his office in the Vidhan Bhawan and submitted his resignation. Official sources in the Vidhan Sabha Secretariat confirmed that Aggarwal immediately accepted his resignation and that Raj Kumar was no more an MLA.

It may be recalled that, earlier this month, Raj Kumar had finally joined the BJP at the party’s National Headquarters in New Delhi after some days of speculation in this regard. Raj Kumar has returned to the BJP after a gap of 5 years. He had earlier represented Sahaspur (then reserved seat for SC) constituency between 2007 and 2012. However, in 2012, the seat had become a general seat and thereafter he was denied the ticket from the constituency. He tried to get the ticket from Purola but BJP had then stuck with its outgoing MLA Malchand in 2017, although Malchand had lost. Sources claim that Kumar has rejoined the party on the condition of getting the party ticket from Purola or the Rajpur reserved seat. It remains to be seen from where Raj Kumar will be given the ticket but it is more or less certain that he will get it as that is the assurance given to him. It may also be recalled that Raj Kumar had begun his political career with the Bahujan Samaj Party (BSP) but, after some years, had joined the BJP.