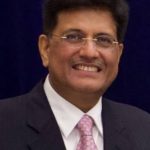 As the Modi Government – 2.0 completes one year on 30 May, 2020, our country has witnessed several landmark decisions being taken. The abrogation of Article 370 along with bifurcation of Jammu and Kashmir, passing of the historic Citizenship Amendment Act and, more recently, the efficient handling of the unprecedented COVID-19 pandemic, have demonstrated the firm resolve and achievements of the Government.

India’s efforts to contain and fight COVID-19 have been commended worldwide, and our current rates of infection, death and other indicators like doubling of cases, are amongst the lowest in the world. To fight the economic impact of the pandemic, Government under the leadership of Prime Minister Narendra Modi came out with a sustainable and forward looking economic package, amounting to more than Rs 20 Lakh Cr. This package provides relief to the poor, opens new vistas for investment, provides the framework for businesses to be future ready and be able to compete. It demonstrates the commitment of the Government to Prime Minister Modi’s mantra of ‘Aatma Nirbhar Bharat’, which entails a strong, confident and self-reliant India. Staying true to our tradition of “Vasudhaiva Kutumbakam”, i.e. the world is one big family, India has unconditionally provided medical supplies including Hydroxychloroquine, to over 120 countries to combat COVID-19, of which 43 countries received it as a grant.

India scaled new heights on all fronts in the past one year. For Indian Railways, 2019-20 was the best year in terms of safety performance with zero passenger fatalities due to accidents. After eliminating all unmanned level crossings, this year, a record number of 1,274 manned level crossings were eliminated (compared to 631 in 2018-19). Commissioning of New line, Doubling and Gauge conversion also increased to 2,226 km in 2019-20, which is nearly 50% more than the average annual commissioning achieved during 2009-14 (1,520 km/year). Punctuality of trains also improved significantly by nearly 10% over last year.

Indian Railways is rightly called the ‘Lifeline of India’, and it has lived up to its name during the lockdown. Indian Railways has ensured uninterrupted 24×7 freight operations of essential commodities like food grains, coal, salt, sugar, milk, edible oil, etc. To ensure the safe return of migrant labourers to their home states, Indian Railways operationalised 3,705 “Shramik Special” trains and carried more than 50 Lakh migrants. Railways has also distributed over 75 lakh free meals to migrants so far. Furthering Make in India, it also produced PPEs, sanitisers, and reusable face covers.

Government took several steps to promote exports as well as protect the interests of domestic industries. India is also engaging to resolve all outstanding issues with the USA, South Korea and Japan to boost exports, and working to initiate dialogue with the European Union. Prime Minister Modi refused to compromise on India’s interests in the RCEP negotiations. To create a level playing field, the average time taken to initiate an anti-dumping investigation was brought down to 33 days. With an objective of reducing excessive dependence on non-essential imports, duty was increased on 89 items, and prohibition/restrictions was imposed on 13 items. All these decisions were taken keeping in mind the poorest of the poor. Import of Agarbattis, which has a deep cultural, spiritual and economic connect with our society was made restricted, and this small step ensured a livelihood for lakhs of poor Agarbatti makers, especially women. India has emerged as a reliable and trustworthy partner globally.

It is worth noting that FDI inflow grew by 18.4% to US$ 73.46 bn. India jumped 14 places to be ranked 63rd in the World Bank’s Doing Business (DB) Rankings. To facilitate investment, 100% FDI under automatic route was permitted for Coal Mining activities (including sales) and Contract manufacturing. To curb opportunistic takeovers/acquisitions of Indian companies, FDI policy was amended.

The COVID crisis has shown us that traders are also frontline warriors. The philosophy of our Government has always upheld the interests of traders, and a National Traders’ Welfare Board is being set-up. Also, several steps were taken this year to promote start-ups, including tax reforms as well as announcing the creation of a National Startup Advisory Council.

In our post COVID-19 strategy, we have identified 12 priority sectors. The idea is to build on our existing strengths and domestic capabilities and increase share of global exports in priority sectors through facilitation and policy interventions. Work in 3 sectors is in an advanced stage (Furniture, AC, Leather & Footwear). Work is in active mode in remaining sectors.

Veer Savarkar, who was synonymous with courage, patriotism and a commitment to a strong and self-reliant India had said, “Calmness in preparation but boldness in execution, this should be watchword during the moments of crisis.” These words vividly illustrate the ability of Prime Minister Modi to handle a crisis with a firm and calm approach but with the boldness and courage expected from a true world leader.