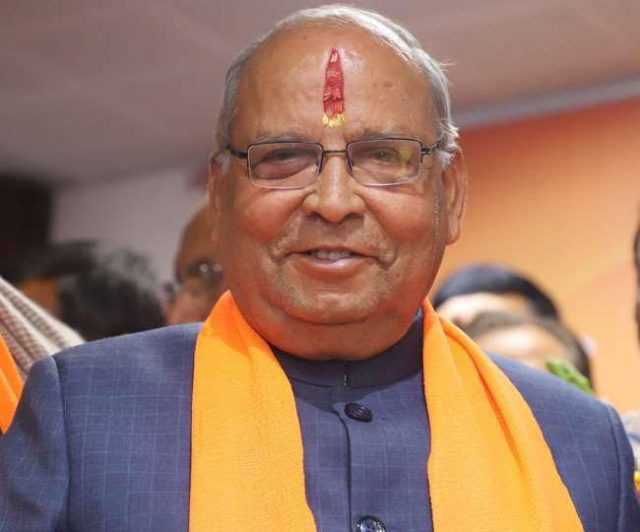 DEHRADUN/BAGESHWAR, 25 Jun: BJP State President Bansidhar Bhagat said, today, that the BJP was committed to the development of the country, while the Congress only aspired and conspired for power.
Bhagat was addressing a BJP Virtual Rally in Bageshwar which was broadcast on social media across the state. Chief Minister Trivendra Singh Rawat also addressed the virtual rally.
Bhagat said that the party had decided to connect with each of the party workers through video conferencing and take full advantage of Digital India and share the work done by the state and central governments. This was so that every worker would in turn share the facts with the people at the grassroots level.

Bhagat said that the party would address all the 70 Vidhan Sabha constituencies of the state over the Digital Platform and reach out to every corner of every village. A lot of good work had been done by the Modi Government at the Centre and the government in the state and the people ought to be made fully aware of it. Before the Modi Government took over, rural electrification and rural development remained largely neglected. Modi, however, ensured that electricity reached each and every village of the country in the past 6 years and also ensured that the rural and urban poor families had access to LPG through Ujjwala scheme. Rapid progress was underway on schemes like PM Awaas Yojana and toilets provided in each house.
In the first one year of the Modi 2.0 Government, steps like abrogation of the discriminatory Article 370 were also undertaken.
Bhagat also reminded the party workers that 25 June was a black day in the history of Independent India. On this day in 1975, the then PM, Indira Gandhi, had imposed emergency on the country. He reminded that during the emergency, a large number of RSS workers and Jan Sangh were arrested, imprisoned and tortured!

Garhwal Post has established itself as a credible, balanced and forward looking newspaper in India. Based in Uttarakhand, the daily is read by the aware, socially and culturally responsible, high-income elite of society.
Contact us: info@garhwalpost.in
https://garhwalpost.in/ph-dating-site/ muslim dating site dating ukiah