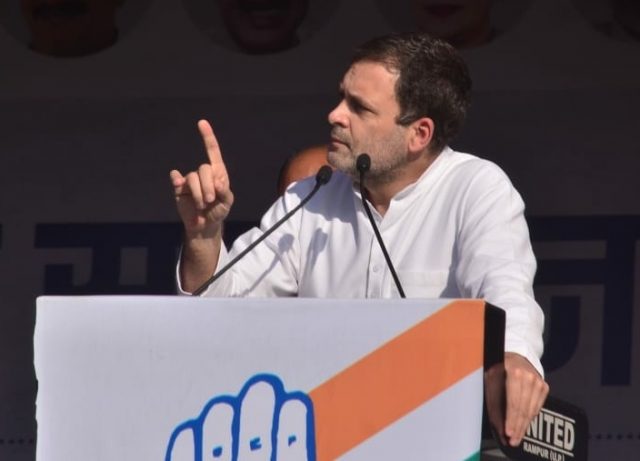 Dehradun, 16 Dec: Senior Congress leader Rahul Gandhi today reached Dehradun to address a rally at the Parade Ground. Addressing a rather impressive gathering, the Congress leader, who is de-facto Congress President, launched a scathing attack on Prime Minister Narendra Modi. He also compared the sacrifices of Uttarakhandi people with the sacrifices of his family members. He also tried to connect with the people of Dehradun by recalling the time when he studied at The Doon School as a child and claimed he was showered with love during his stay of two to three years by the Doonites.