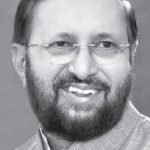 Narendra Modi is credited for the fact that, probably, he was the first political leader who understood the importance of social media and leveraged it to the benefit of BJP in 2014 elections and even thereafter he used this tool to motivate and to put straight facts before society in real-time. He also used radio with great effect to connect with the people through his popular “Mann Ki Baat” programme.

I can vouch that it was Prime Minister Narendra Modi who could sense the danger of the coming Corona Pandemic in December, itself, when China was infected. At that time, there was no patient in India. The first Indian patient tested positive on 30.01.2020, but he used to tell us after every Cabinet meeting that this Corona virus and infection would not stop in China. It would spread all over. It is serious and all are totally unprepared. Therefore, India needs to prepare itself. India started with screening the incoming international passengers and then made it universal and after a few days, as the danger grew, air and rail travel was suspended. The doubtful travelers were kept in a facility of the Ministry of Home Affairs at Manesar. At that time, we realised how grave the situation would be. From that day onwards, he started implementing his plans to prepare India to fight COVID19.

• There was no concept of dedicated COVID hospitals. Today, we have nearly 700 dedicated COVID hospitals with 2 lakh plus isolation beds and 15,000 ICU beds.
• Personal Protective Equipment (PPEs) is aimed to save the doctors and staff who treat COVID patients. India had no facility. So, first big orders were given for imports. Nearly 10 million units’ order was placed. Now, in India, we have 39 factories manufacturing and stitching PPEs.
• We were not manufacturing any masks, leave alone N95. Already 8 million masks have been distributed and in India, also, many new factories have started working on N95 masks as well as many small units have started preparing and stitching homemade masks for the use of common people.
• We had only one lab to test. That was in Pune. Our testing capacity was just 200 per day. Now there are nearly 300 labs to conduct tests and give results. Now we can test 20,000 plus persons a day.
• Ventilators were few, to the tune of 8400. With initial orders, now we have nearly 30,000 ventilators. Already Indian manufacturers have started manufacturing ventilators and we expect to produce domestically 30,000 ventilators.
Simultaneously, the Prime Minister remained connected with the world, talked to various leaders, shared their and our experiences, learned from each other and implemented everything that he found useful. Simultaneously, he thought of the impending lockdown and its impact. Therefore, he declared a huge package of Rs 1,70,000 crores to protect the poor. India has the biggest food security programme under which all vulnerable classes and some more people totaling 80 crores are given 5 kg of wheat / rice at Rs 2/3 a kilo. Now, for April, May and June he decided to give per-person 15 kg rice / wheat plus 3 kg dal free of cost. This took the basic care of rations in the house.

As many as 20 crore women from low income groups were given direct benefit transfer of Rs 500 per month for next 3 months in their Jandhan accounts. Further, 8.4 crore farmers had Rs 2,000 transferred to their bank accounts straightaway. Eight crore beneficiaries of Ujwala LPG scheme have been offered 3 cylinders free of cost. He offered the facility of withdrawal from Provident Fund to fight COVID and nearly 9 lakh workers have withdrawn nearly Rs 36 crores.

The PM also announced help for small businesses and workers together by promising that Provident Fund contribution of owner and worker would be deposited by Government for 3 months. This is also a huge amount. RBI has released liquidity of Rs 4 lakh crore through various measures in Repo rates. The middle class was given facility for deferment of EMIs and other mandatory submissions.

Central Government gave Rs 15,000 crores for dedicated treatment of COVID and released Rs 11,000 crores as State Disaster Relief Fund (SDRF).
Rs 31,000 crore were released to help construction workers and all States were asked to distribute the money at the earliest.

He ensured farm to market operations in agricultural commodities, thereby facilitating faster movement, more sowing, bumper crops and money being paid to the farmers at the earliest in order to ensure that agricultural economy started working normally.

The lockdown is a massive decision. It will never be successful till people participate voluntarily. The Prime Minister has had a continued dialogue with the people. The poorest of the poor also feel that the Prime Minister is working for their progress and he cares for them. So, he could prepare them psychologically for the long lockdown, suspension of activities and face the resultant hardship. He announced that on 22 March, people would observe People’s Curfew – “Janata Curfew”. In a country with 130 crore population, practically 99% of people observed it and made it a huge success. On that evening at 5 p.m., he asked people to ring thalis, bells, conches and clap for COVID workers. This really helped to motivate people to fight COVID unitedly and instill discipline.

He also gave the simple four steps to safety:
• To put on mask,
• To wash hands regularly,
• To keep social distancing, and
• To stay at home.

By and large, people have observed this. Many sections of society are in the learning curve and as their behaviour changed, he asked people to light lamps for 9 minutes at 9 p.m. and the whole country participated enthusiastically. Even the slum dwellers and some homeless also lit the light. When they were asked they said, we have been saved because of Modi so we will listen to him. He continued his dialogue in between. On 3 May, a new innovative programme of saluting Corona Warriors from the sky and water was a huge spectacle that inspired people.

Thus, the Prime Minister planned in advance, in detail, implemented meticulously, communicated effectively, kept the world in the loop and, therefore, India could succeed in better managing the COVID crisis than many other advanced economies.