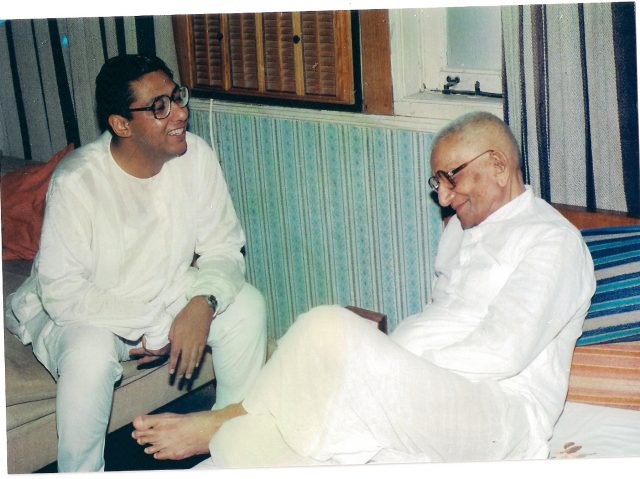 Morarji Desai was born on 29 February, 1896. His birthday in non-Leap Years has been celebrated on 28 February. He was committed to Gandhian principles and continued spinning khadi till almost the end of his days.
Morarji had a long and chequered record of public service. He had been in the Provincial Civil Service during the Raj, participated in the freedom movement, been a Minister and Chief Minister of the erstwhile Bombay State, Finance Minister at the Centre, Deputy Prime Minister, Leader of the Opposition and, finally, the first Non-Congress Prime Minister in 1977.
He was Prime Minister only for two and a half years (March 1977 to July 1979), but the circumstances in which he assumed office and the permanent impact of the executive action and laws passed by his government will be remembered as a landmark in India`s political and constitutional history. He committed himself to ‘rectifying the constitution so that the emergency as imposed in 1975 could never be imposed again’. He stuck to his word and the 44th Amendment his government enacted implemented the necessary safeguards so that the internal emergency could now only be imposed because of ‘internal armed rebellion’ and on ‘written advice of the cabinet’ among other things. He got even Indira Gandhi`s party to vote in parliament for this amendment despite differences between them.
Morarji was a staunch prohibitionist and remained steadfast to this ideology of his throughout his public career. It did not make him popular among the elite but it was a matter of deep conviction for him and he remained true to his belief.
Morarji had a good sense of humour as well. Those of us who knew him well were often surprised that a man who had such a reputation for being a strict disciplinarian could enjoy something which would classify as an ‘after dinner’ joke.
He was also free from any communal prejudice. He did yeoman service among the minorities in Bombay State as Home Minister during the partition period and brought the situation under control with speed and efficiency. It was said at that time that no other Congress Ministry restored normalcy in any State as the Bombay Government had done.
Jawaharlal Nehru remarked once in a letter to former Finance Minister CD Deshmukh, ‘there are very few people whom I respect so much for their rectitude, ability, efficiency, and fairness as Morarji Desai’. Morarji was also responsible for the first real free and fair election in Jammu and Kashmir in 1977. Had the same path of non-interference in Kashmir affairs been followed by successive governments as Morarji had, it is quite probable that this beautiful State would have a peaceful part of the Indian Union and not fallen prey to the rule of the gun.
Morarji, it must be remembered, was a public figure who enjoyed the cut and thrust of debate. The late Madhu Limaye once recalled that even though a member of the Congress Party, he reprimanded Congressmen who constantly barracked Limaye in parliament ‘meet logic and argument with logic and argument, not with shouting’ he chided them. Desai, like Jawaharlal, Nehru was a great believer in the monthly Press Conference, a schedule he stuck to religiously during his period in office. In fact, his first engagement after taking oath as Prime Minister was a long Press Conference at Vigyan Bhavan. At this interaction with the fourth estate he said at the outset, ‘Ask any question I will not take it ill, but you also do not take it ill when I say something not very pleasant.’ He followed this dictum in letter and spirit.
His blunt and no holds barred way of speaking sometimes got him into trouble. Shortly after he became Prime Minister, he said in an interview to ‘Time’ Magazine, ‘When a woman turns devilish she beats all records, no man can equal her.’ Even though he had said it in the context of Indira Gandhi`s role during the emergency, this led to protests in parliament and outside by women`s groups and even an otherwise rather stern man like Morarji had to apologize.
He had certain angularities and weaknesses which were human, but when allegations against his son surfaced, he ordered a judicial enquiry. No other Prime Minister has done this.
History will record that Morarji Desai was undoubtedly one of the illustrious leaders of modern India, one who could ‘walk with kings nor lose the common touch’.

(Arvindar Singh`s biography of Morarji Desai is to be published later this year. He is a free lance journalist.)