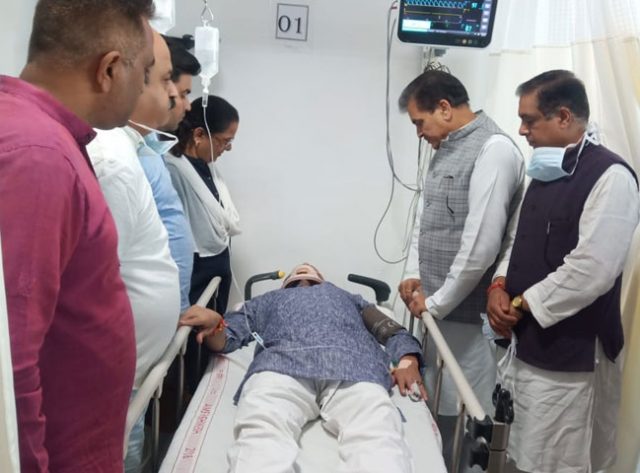 DEHRADUN, 10 Oct: The Member of Parliament from Pauri Garhwal, Tirath Singh Rawat, was injured, today, in a car accident on the Delhi- Haridwar Highway. He was admitted to the Rishikesh AIIMS after first aid. He was returning to Pauri from Delhi. Chief Minister TS Rawat called up the MP and asked about his welfare. The CM hoped for his quick recovery. According to reports, Tirath Singh Rawat was returning to Pauri accompanied by his colleagues. Near the Pantdweep Parking, their car collided with another, causing it to overturn. Fortunately, this did not result in any serious injuries. The injured were rushed immediately to the Dam Kothi, from where he was taken to the Bengali Hospital and then to the City Hospital. However, at neither of these places was proper treatment available. He was finally taken to AIIMS, Rishikesh. SDO K Chauhan and SP (City) took him and three of his companions to AIIMS, where they have been kept in the Emergency Ward. Those who visited Rawat were VS Speaker PC Agarwal, Tehsildar Rekha Arya, and DSP VS Rawat.