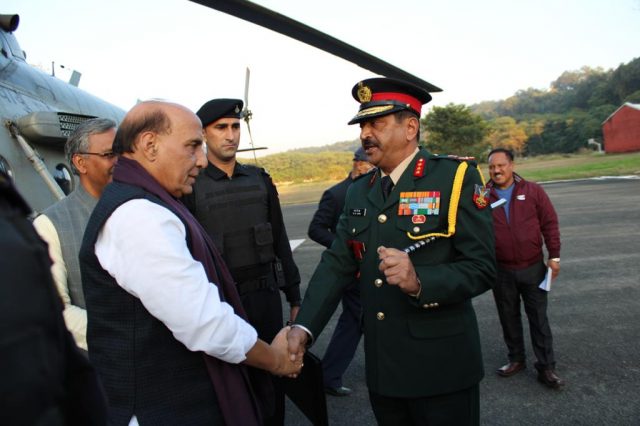 DEHRADUN, 6 Dec: Showcasing the high standards of the training and physical excellence achieved by the Gentlemen Cadets of the Indian Military Academy, a Multi Activity Display was conducted at Somnath Stadium today as a prelude to the Passing Out Parade. The display was witnessed by a large gathering of spectators, which included the Passing Out Course, their parents and relatives. The aim of training at the Academy includes developing physical fitness and a robust mind with a sense of adventure amongst the Gentlemen Cadets. The Gentlemen Cadets showcased daredevil acts on horseback, which included tent pegging, trick riding and show jumping. There was also a scintillating performance by the Gentleman Cadets showcasing their physical prowess through their gymnastic agility and acrobatic skills. The Malkhamb Team of 5th Battalion Maratha Light Infantry surprised the audience with the display of their extraordinary skills. 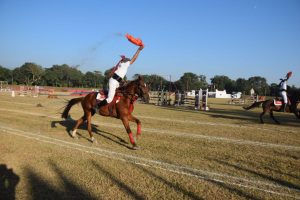 The second event of the day was the Continuity Drill and “Son- et-Lumiere’’ (Sound and Light show). Present on the occasion was Defence Minister Rajnath Singh, who will Review the Passing Out Parade. Also present were the parents of the passing out course and visiting dignitaries. The event was held at the sprawling Drill Square which provided the pristine environment for the conduct of the event. The spectacular show commenced with exquisite drill movements of Continuity Drill by the Gentlemen Cadets. A contingent comprising sixty-four Gentlemen Cadets, bidding farewell to the senior colleagues, conducted a masterly display of drill movements synchronised with an accompanying band. The Sound and Light Show conducted at The Indian Military Academy, is one of its kind in the Armed Forces. It is done in front of the famous Chetwode Building, covering a stage of more than 400 feet. It depicts the history of eight decades of the Indian Military Academy. People come to know the discipline, bravery, camaraderie and the valour of the heroes in the making. It has an audience of more than 3000 people and a crew of more than a hundred people. It uses live action, horses, lasers, light, films, world class audio and fireworks. All these activities of 40 minutes give parents of Gentlemen Cadets, Officers and Guests an enthralling experience and swells their hearts with pride.