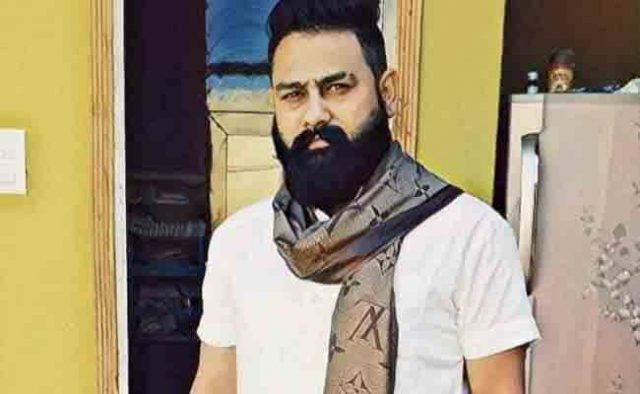 By Our Staff Reporter
Dehradun, 12 Oct: A municipal corporator from Rudrapur, Prakash Dhami was today shot dead by some assailants outside his residence. Dhami was an independent Municipal Corporator but was supported by the BJP. Dhami is survived by his wife, Radhila, and mother Janaki Devi. Forty year old Dhami had got married just one and a half years ago.
According to the Police, BJP supported municipal corporator Prakash Dhami was at his residence in the city when some people called him out. As he came out to see the visitors, the assailants, said to be four in number, fired several bullets at him. Dhami tried to run back to his house but having been hit in the head, fell down. As his family members rushed outside to see what had happened, the assailants got back into the car they had come in and drove away.
The news created a lot of sensation and panic among the local people. His wife, Radhika, a resident of Deoria Kichcha is stated to be pregnant and is due for delivery later this month. The body was first taken for X-Ray before the post-mortem. According to the sources, he was hit by five bullets.
According to the Police, three to four young men reached his house, and committed the crime. SP-City Devendra Pincha, CO Amit Kumar, Kotwal NN Pant, Rampura Outpost Incharge KG Mathpal reached the spot when they received the information and have begun investigations.
Police later scanned the CCTV cameras installed at the spot to identify the assailants. SP Devendra Pincha said that five teams had been set up to investigate the crime and claimed the assailants would soon be arrested. Local MLA Rajkumar Thukral, BJP District President Shiv Arora were also at the post mortem site. Later, they visited the bereaved family to express their grief.