MUSSOORIE, 1 Dec: There is an atmosphere of happiness among BJP workers, here, at the re-appointment of Mohan Petwal as the President of the BJP’s Mussoorie Division. At this announcement, the workers welcomed and greeted him with flower garlands and bouquets. Sweets were also distributed on the occasion. While speaking to media persons, Mohan Petwal thanked the BJP’s senior leadership and Mussoorie MLA Ganesh Joshi for continuing to repose their trust in him. He said that he tried his best to bring all the workers together to work for the organisation. He added that, in 2022, once again the BJP candidate would win from the Mussoorie constituency and the party would form the government in the state. He and BJP workers were continuously raising their voice regarding the problems of the town and many of these had been resolved under the leadership of Mussoorie MLA Ganesh Joshi. He claimed that the state government had done a lot for the development of Mussoorie, and many schemes had been approved and work begun. Present on the occasion were Kushal Rana, Arvind Semwal, Dharampal Panwar, Aman, Gajendra Singh, Amit Bhatt, Manoj Kharola, Mukesh Dhanai, Kapil Malik and many others. 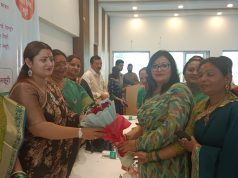 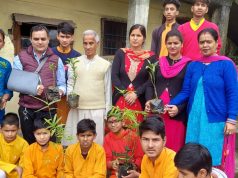 Garhwal Post has established itself as a credible, balanced and forward looking newspaper in India. Based in Uttarakhand, the daily is read by the aware, socially and culturally responsible, high-income elite of society.
Contact us: info@garhwalpost.in
meetup luxembourg https://garhwalpost.in/date-night-in-provo/