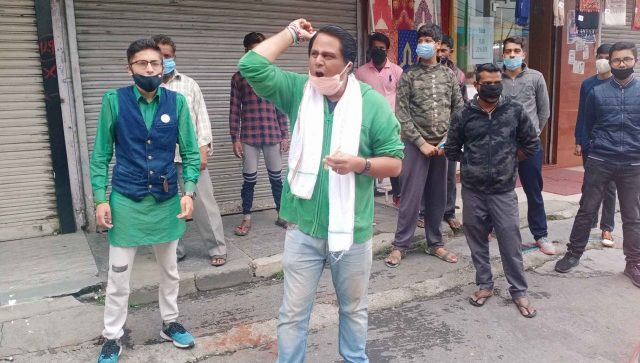 MUSSOORIE, 17 Jun: There is anger among the people of the country over the martyrdom of 20 Indian soldiers in the clash with the Chinese Army in Ladakh. Congress workers under the leadership of Mussoorie President Gaurav Aggarwal gathered at the Badoni Chowk and raised slogans against China.
They demanded that the Indian government take immediate action against China to teach it a lesson. Gaurav Aggarwal said that China constantly harmed India and it was time to respond. He also accused the Government of concealing the fact that the Chinese continued to infiltrate on Indian Territory. He also paid tribute to the martyrs who lost their lives to save the nation.