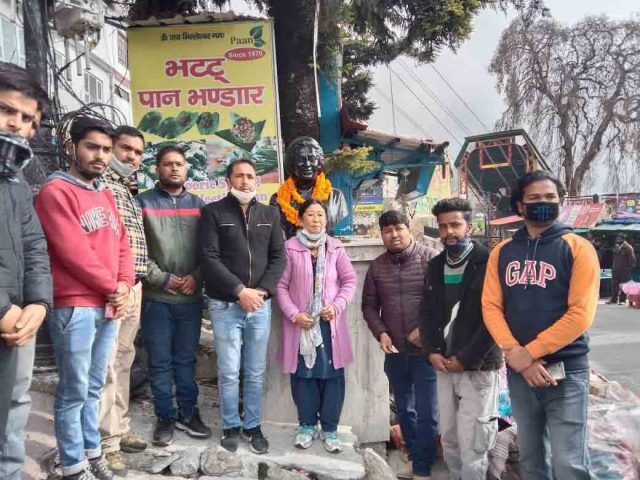 By Our Staff Reporter
Mussoorie, 19 Nov: The Mussoorie Congress today observed the birth anniversary of late Prime Minister Indira Gandhi.
Mussoorie Youth Congress President Wasim Khan and others party workers offered floral tributes at the statue of Indira Gandhi in Jhula Ghar.
Wasim Khan recalled Indira’s contribution to the betterment of the country. Referring to Indira as the ‘Iron Lady’, he said the creation of Bangladesh and the nationalisation of banks were among the key decisions she took as Prime Minister. In addition to this, she also made her presence felt at international events that led to shaping of not only her political career but of India as well. He said, Indira had a close relationship with the town and played an important role in banning limestone quarrying in and around Mussoorie in the 1980s. She was emotionally attached to the town.