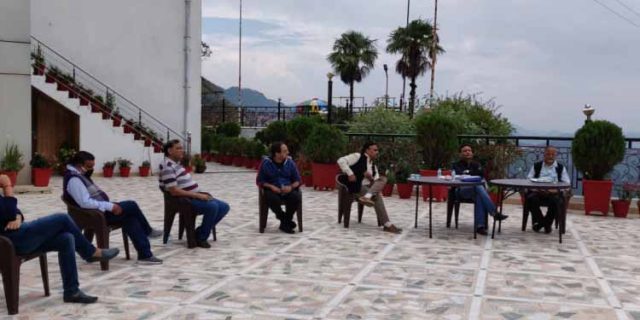 MUSSOORIE, 19 Jun: The decision to not open hotels in Mussoorie till 30 June was taken at a meeting held by the Mussoorie Hotel Association Executive Committee, here, on Friday. It was also decided that if someone wanted to open the establishment after fully following the government guidelines, they could.
Hotel Association Secretary Sanjay Aggarwal said that the Mussoorie Hotel Association had decided not to open hotels till 30 June. He said that the continuous increase of corona infection meant there was no movement of tourists to Mussoorie, so there was no use in opening hotels. In the advisory issued by the state government about opening hotels, there are many strict rules that are mandatory to follow.
Present on the occasion were RN Mathur, President of Hotel Association, Sandeep Sahni, President of Uttarakhand Hotel Association, Ram Kumar, Rajat Aggarwal and others.

Garhwal Post has established itself as a credible, balanced and forward looking newspaper in India. Based in Uttarakhand, the daily is read by the aware, socially and culturally responsible, high-income elite of society.
Contact us: info@garhwalpost.in
polygamy dating sites date transwomen canada's dating coach