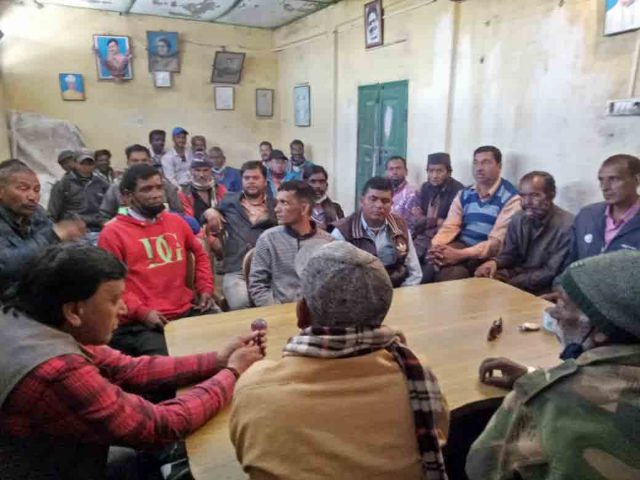 By OUR STAFF REPORTER
Mussoorie, 15 Mar: The annual conference of the Mussoorie Mazdoor Union concluded peacefully under the chairmanship of Sampat Lal. A new executive was elected by members in the General Assembly. As many as 21 executive members were elected.
Jagat Lal, Sanjay Tamta, Khimananda Nautiyal, Mahipal Singh Rawat, Balwant Negi, Pusu Lal, Mangal Singh Rawat, Mijan Shah, Hardev Singh Panwar, Mangat Das, Atar Singh Panwar, Mangal Singh Negi, Virender Singh Dungariyal, Mahaveer Cantura, Hukum Singh, Gambhir Singh Panwar, Jaduram were elected executive members. Along with this, Devi Godiyal, Bhagwan Singh Chauhan, Ranjit Singh Chauhan and Dinesh Uniyal were nominated to the executive committee.
Earlier, in the General Assembly, outgoing secretary Gambhir Panwar made the house aware of the year-long activities and the details of income expenditure were presented. On this occasion, rickshaw workers also placed their problems before the general assembly. It was decided by the House that the new executive would protest against the two-wheelers plying illegally on the Mall Road and, also, for the residents of Shifan Court. The speakers said the time had come that the trade unions return to the old style of movement and mobilise against the exploitation of workers.