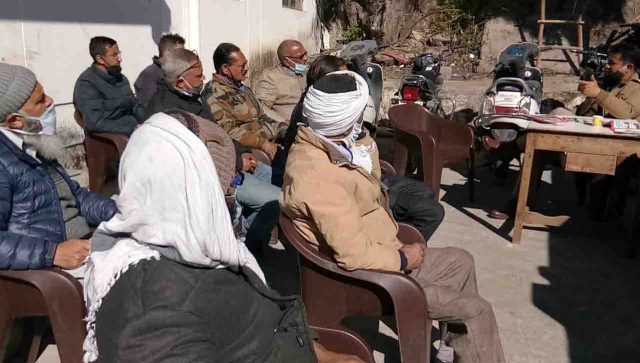 By Our Staff Reporter
Mussoorie, 18 Dec: A meeting was organised on Minority Rights Day at the Mussoorie Police Station on Friday.
SSI Manohar Singh Rawat apprised the minorities of their rights and assured their safety. On this occasion, the minority community put forward its problems. The SSI promised to solve the problems.
The minority community members however declared they felt completely safe and all lived here in mutual brotherhood and communal harmony.
SSI Rawat that, during the meeting, people were made aware of the problems in Mussoorie, especially that of traffic management, which would be resolved soon. Among those present on the occasion were SI Suraj Kandari, Mohammad Mahmood, Yasin Ahmed, Innocent, Vipul Jain, Kamaljeet Singh, Rashid Ali, Anita Saxena, Avatar Kukreja and Manzur Khan.

Garhwal Post has established itself as a credible, balanced and forward looking newspaper in India. Based in Uttarakhand, the daily is read by the aware, socially and culturally responsible, high-income elite of society.
Contact us: info@garhwalpost.in
https://garhwalpost.in/jewish-speed-dating-london/