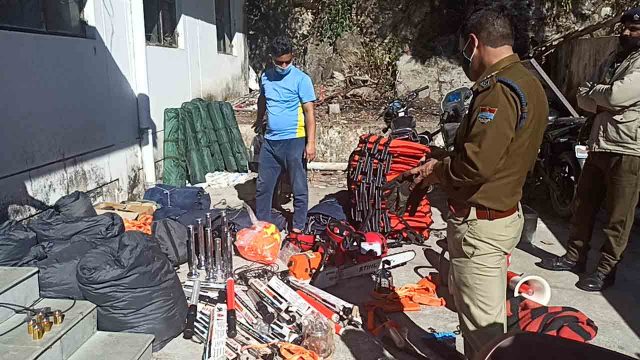 By Our Staff Reporter
Mussoorie, 29 Nov: The weather here has been constantly changing as there have been recent rains and snowfall in the high altitude areas. A drastic drop in temperature has been recorded. It is expected that there may be snowfall in Mussoorie soon, due to which the Police have started preparing an action plan to deal with the challenge.
Mussoorie police In-charge Devendra Aswal inspected disaster management equipment at the police station. He has directed that it be ensured that it is in working order. Snowfall is not expected to cause any problems to the tourists with the improvement in the traffic system. An action plan is being prepared so that the corona epidemic rules can be followed. Aswal said that the weather in Mussoorie is constantly changing and it is expected that there may be snowfall in Mussoorie soon. A huge rush of tourists is expected to arrive around Christmas and New Year. Special preparations are also being done by the hotels and restaurant operators of Mussoorie.