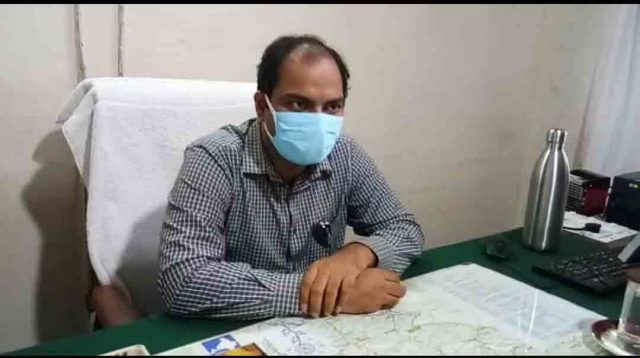 By Sunil Sonker
Mussoorie, 23 Jul: Mussoorie SDM Manish Kumar held a meeting with officials here, today, related to disaster management during the monsoon season. He instructed them to be alert about landslides and disasters, etc. He asked all the officers to be on alert mode twenty-four seven. In case of a landslide or disaster, they were expeted to take quick action and work to provide relief to the affected people.
Following the instructions of the District Magistrate, the meeting was held in SDM’s office with officials of all departments related to disaster management. Six JCBs have been deployed on different routes in Mussoorie, out of which three are of the Public Works Department, one of the Municipality and two of the National Highways Authority. An action plan has been prepared so that immediate help can be provided to affected people. He warned against negligence of any kind.