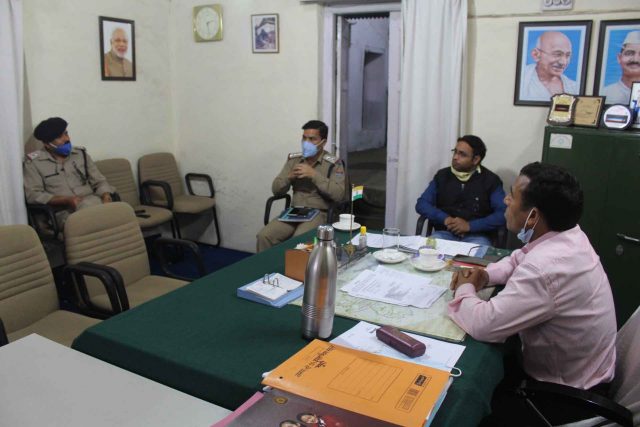 MUSSOORIE, 15 Jun: Mussoorie SDM Premlal had a meeting with officials to prevent Covid-19 Corona infection in Mussoorie. He instructed them to ensure that every person coming to Mussoorie underwent a health check-up at the Mussoorie Youth Hostel and if anyone had come from the Red Zone, they would be quarantined for 7 days in the Youth Hostel, itself, while others will have to be quarantined for 14 days in their homes.
The SDM pointed out that Mussoorie is completely free from corona infection at this time, but after Unlock-1, people were coming in large numbers from other states who may be corona infected. The people coming from outside were not following the advisories issued by the central and state governments regarding the corona infection, so a joint team of Mussoorie Police, Municipality and Health Department had been formed who would keep an eye on the people coming from outside. He said that health investigation with travel history of outsiders would also be noted.
He added that instructions had also been given to Mussoorie Police to take strict action against people without masks and found violating the rules of social distancing.
Present on the occasion were Mussoorie Police In-charge Devendra Aswal, Executive Officer Ashutosh Sati, Dr Virendra Panti and SSI BL Bharti.