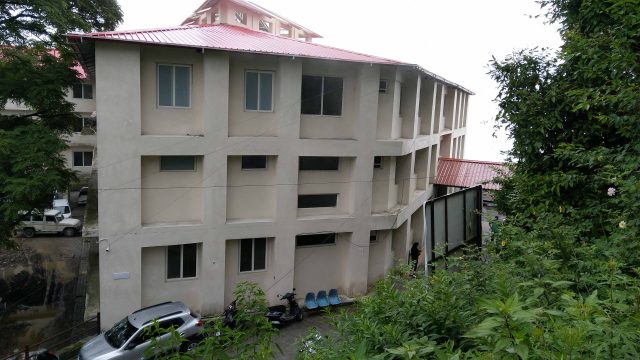 By OUR STAFF REPORTER
MUSSOORIE, 10 Jul: An operation theatre will become functional, soon, at the Mussoorie Sub District Hospital, Landour. Six ventilators are also being installed in the hospital, for which approval has been given by the department.
CMS, Mussoorie Sub District Hospital, Dr Yatendra Singh revealed, today, that the state government and Mussoorie MLA Ganesh Joshi were constantly striving to improve the health facilities, here. Work had already started on installing the 6 ventilators. He said that the department was constantly working to improve the hospital in Mussoorie and to provide better facilities to the people.
Recently, an ambulance was given to the hospital by Mussoorie MLA Ganesh Joshi in collaboration with Hans Foundation. Dr Yatendra Singh said that, in the coming days, the hospital would be fully equipped with modern facilities; it would provide better health facilities to villagers around Mussoorie.
Anesthetist Dr Khazan Singh Chauhan said there was no shortage of specialist doctors at the Hospital but due to lack of other facilities such as an Operation Theatre, doctors were facing a lot of problems. He said that it would be operational within a few months.