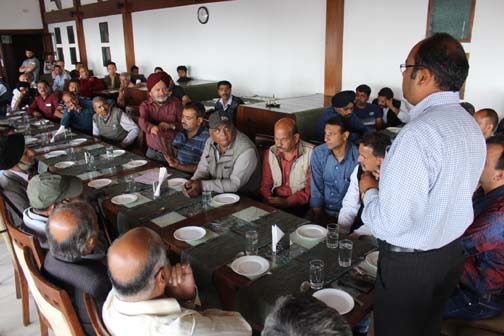 By Sunil Sonker
Mussoorie, 13 May: A meeting was organised today by the Mussoorie Traders and Welfare Association under the leadership of President Rajat Agarwal regarding the ongoing process of illegal construction and encroachment in Mussoorie.
Rajat Agarwal told the traders that there was no need to panic about the anti-encroachment drive; he remained in constant touch with the District and Municipal Administration. The authorities had been requested to first issue notices to people charged with encroachment and to take action after only three days of issuing the notice so that people could remove the encroachment themselves.
He said that neither the administration nor the municipality had any map of Mussoorie or the road network plan due to which there was a lot of difficulty in marking the unauthorised encroachment. He asked the administration to cooperate with the traders. If this was not done, then a huge agitation would be launched against them by the traders’ association.  Rajat Aggarwal further said that the Mussoorie Mall Road could not be compared to the shops located at Bhatta Village on the Mussoorie Dehradun Road. If encroachment was there, it was the duty of officials concerned to take action against it. He said street vendors on the Mall Road would not be tolerated at any cost. If they were allowed again, a huge agitation would be carried out against the Municipal Council. 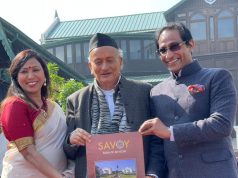