Last week Mussoorie had a fit of social hiccoughs.As many people know, hiccoughs are flip-flops of the diaphragm: that large muscle responsible for breathing. It moves up and down making the lungs inflate and deflate, drawing in oxygen to energise our cells, pushing out our wasted carbon-dioxide. Hiccoughs occur when the diaphragm begins to flutter for many reasons, including eating too fast. Babies often get hiccoughs when their digestive systems are adjusting to a new diet.
New netas have similar problems when adjusting to their enhanced status and the enriched “diet” of increased opportunities.
Mussoorie’s hiccoughs started when our netas removed vendors squatting on the Mall. Our tax-paying traders had objected to them because, according to our traders, these hawkers have few overheads and, therefore, undercut shopkeepers. Others dislike them because they litter the Mall. The hawkers resisted their eviction; things got out of hand culminating in one of them throwing a shoe at the Chairman of our Board in the Board’s premises. This is inexcusable. We, the Government, have elected him to represent us: he is the emblem of our democratic power. When he is insulted for doing his duty, we are also slighted.
Up to that point, civic ire was justified. Then things begin to get murky.
The local police received a letter from the Board accusing the hawkers of abusing the Chairman. They took appropriate action. Thirty hours later, the police received a second letter from the Board accusing the hawkers of throwing a shoe at the Chairman. After exercising due diligence, the police again took action as stipulated by the law for this more serious offence.
Strangely, the police were blamed for this thirty hour delay. In effect, the police were asked why they did not charge the hawkers for throwing a shoe when, at that time, they were informed only of the hawkers hurling abuse!
After that a Devil’s Brew of misinformation, inflated egos, immature leaders, and misplaced sectarian loyalties began to bubble and splutter in our little town. Responding to their association’s fiat, our shops downed shutters at the start of the autumn tourist season. Mussoorie remained scruffy because the sarkari safai-wallahs spent their working hours assembling in the Board’s premises hearing tirades against the alleged ‘incompetence’ of the police.
While there were orchestrated fulminations for the removal of the police chief for supposed dereliction of duty, there was a crashing, seemingly orchestrated, silence about the strangely delayed second letter!
The dust has settled. Senior police officials have exercised the maturity expected of them and treated this ham-handed street-theatre as the dangerous aberration that it was.
Now we’ll move to a matter which may, or may not, have any relevance to the present issue but is of great importance to every Indian.
Our Democracy, and indeed all vibrant Democracies, demands a separation between the Legislators, who make the law, the Judiciary, who interpret the law, and the Executive, who enforce the law. The Police and Security Forces are uniformed personnel of the Executive wing. Their officers wear badges of rank on their uniforms. They are obliged to salute officers who wear senior badges of rank. The exceptions to this uniformed rule are the President of India, who is the Supreme Commander of the Forces, and the Governors who are his representatives. Officers in uniform may, at their discretion, salute any others who have earned their respect.
It is as corrupt for anyone, especially netas, to demand such marks of respect, when they have not earned them, as it is for anyone to demand a bribe. But then, we all know the attitude of many netas on rent seeking.
Finally, we have based this column on the information available to us. If you feel as strongly about what happened in Mussoorie as we do, but you believe that we have got either our facts, or conclusions, wrong, say so. Dialogue, discussion and debate are the essence of Democracy.
Essentially, two questions bother us. First, why was information about that delayed, and critical, second letter hidden from the public? Second, trade organisations are the rightful protectors of the professional interests of their members, but who gave them the right to hold our town to ransom? 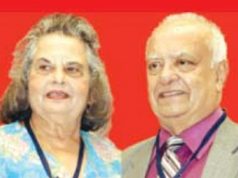