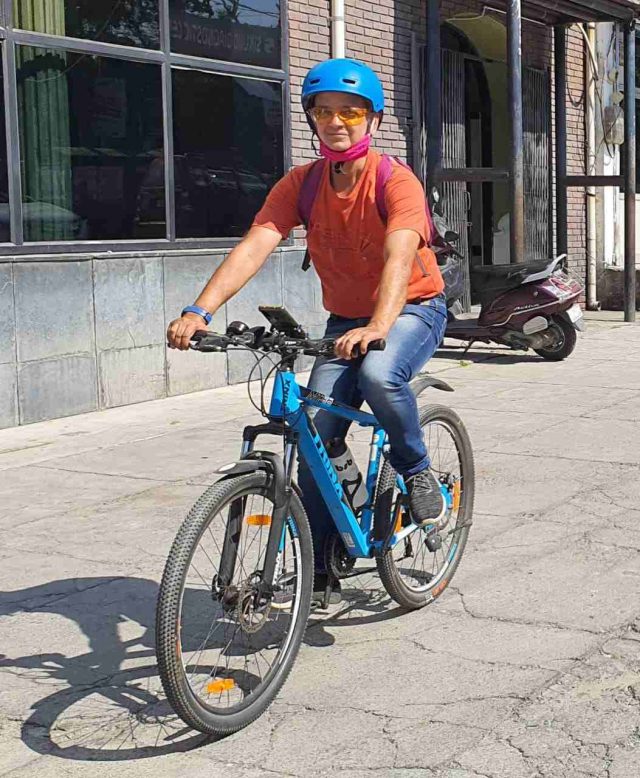 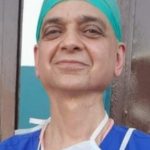 Two months ago, I bought a bicycle! “YAWN” would be the natural reaction to my first sentence: What’s so great about it that you write an article on it? many would ask. Well, it would be “normal” if a youngster bought a bike for his or her morning rides to stay fit, but if a man, in his fifth decade of life, who has not ridden a two-wheeler for over 3 decades, goes out and buys the first bicycle of his life, something is different. My wife goes for a morning ride, every day, I run 12-20 kilometres daily. I had never considered riding a cycle until that day. The date I remember clearly was 2nd August, 2020, when I mentioned to my wife, Sonia, that I would buy a cycle if I could go to my clinic on it. That way I could continue my running, also, and do some cycling, too. To my surprise, she agreed and then began the hunt for a cycle. The lockdown had just ended and the entire world was experiencing an acute shortage of cycles. Shop after shop gave the same reply, “Sorry, we are out of geared cycles”. Phone calls to friends and relatives asking for help to locate a cycle to buy proved futile. After two days, someone finally found an unsold cycle at a shop on Turner Road. The adrenaline surge, the rush to the shop and the anxiety to buy it, immediately, is something I am not likely to forget for a long time. So, I finally got my own cycle to ride to work.

The initial few days were tough. I was used to carrying almost a bag full of stuff with me to my clinic in my car. The list of items I carried with me was drastically pruned to just include my purse, the rest were left behind at the clinic, itself. Luckily, due to the Pandemic, I had to wear a PPE kit in the clinic, so I could even cycle in my shorts – nobody knows what is underneath PPE. The distance to my clinic from home is about 6 kilometres and, on the first day of my ride, I had to stop thrice to drink water. Gradually, the stops became less and now are rare. My speed gradually increased. Sunscreen application soon became an “after bath” routine, until I realised, after being sunburnt, that its effect lasts for only two hours, so I had to apply it on my return trip also.

Now, after 2 months, the morning cycle ride to work is “the new normal” for me. According to my calculations, the fourteen thousand rupees I spent on buying the cycle would be recovered in 5 months due to decreased petrol and car maintenance expenditure.

A few days ago, a journalist talked to me about cycling to work for a report on cycling. The entire talk, in which I explained why everyone can and should cycle to work in Dehradun, at least, was simply omitted in the final print. The report was headlined why cycling to work is
difficult in Dehradun. The two people quoted in the article echoed the view, mine probably ran contrary to the general slant of the write-up and was entirely omitted, hence this article today.

Contrary to the common perception, cycling to work is not at all difficult in Dehradun. In a city where distances are not more than 4 or 5 kilometres, cycling takes a little more time than driving and is entirely possible. Again, contrary to popular belief, 2 months of cycling has made me realise that cycling is safer in the city than riding a 2 wheeler. Motorists are generally respectful of a cyclist and treat them with care. Since cycling is much slower than riding a scooty, and cycles are ridden on the side of the road, they are much safer. To reach my clinic from home in a car, I take 20 minutes, while on a cycle I take 30, because the road is climbing but, on the
way back, due to the descent, I take 15 minutes on a cycle and 25 minutes in a car, as traffic congestion increases around lunch time. My patients are now used to seeing their doctor arriving on a cycle. Initially the first reaction was of amusement. During the initial days, I did overhear one mother mumbling to her husband, “Look what this world has come to, even doctors now have to cycle to work. But, now, everyone knows that their doctor cycles to work and it is now a “new normal” for everyone.

Cycle4Change Challenge is a Government of India project to make our cities cycle friendly. All State capitals will get funds to help people cycle by making cycle tracts and cycle banks, where one can hire a cycle. While all this is good, one need not wait for the government, to start cycling to work. Footpaths were made in Dehradun a few years ago, at an expenditure of crores of rupees, but are now used for everything except walking. Cars are parked on them, shops are set up on them and the parts that are left are in a shambles, with potholes and overgrown bushes. What makes us think that cycle tracts, if and when made, will be any different? We don’t need cycle tracts in Dehradun, the roads are good enough. What is needed, however, are parking stands. There is simply no place to park your cycle anywhere in the city. All paid parking lots in the city could be asked to keep one stand for 4-5 cycles and one would not even mind paying for it because, at least, your cycle will be safe and you can do your work peacefully. In places like Paltan Bazaar and Connaught Place, the government can simply put up immovable cycle stands where anyone may park a cycle. Malls, movie halls and other shopping complexes with parking should be instructed to allow cycle parking in their basements. In order to give incentive for people to cycle to malls, parking of cycles could be made free.

In the end, I would like to emphasise that cycling in Dehradun for work is entirely possible and after the initial adjustments, relatively easy. If many of us cycled to work, the traffic congestion and the attendant pollution, would be drastically reduced in our city.