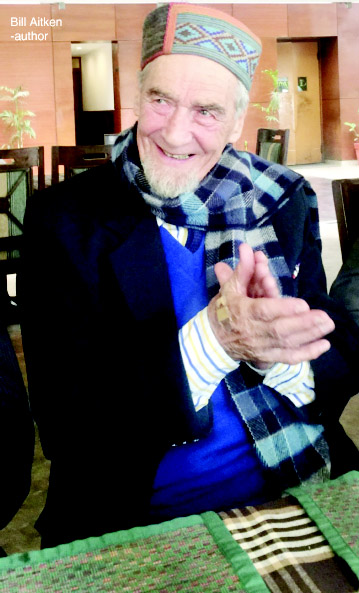 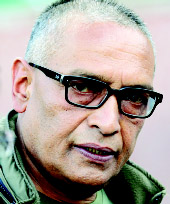 You could hear it long before you saw it – the dull blast of a twin-exhaust Jawa jallopy – bought for a song, second hand from Nandi Dayal Chand, a Woodstock school teacher, leaving Mussoorie for the glitter of foreign shores.
Little did I know that the motor-cycle craved attention. And on Sundays would find us glued to a workshop, abutting Dehra’s famous Himalaya Arms Shop on Rajpur Road.
‘Shocker Bol Gaya hai!’ (Shocker’s gone bust!) Announced the mechanic barely masking his glee. And how one wished he had stopped at that. No matter which way you looked at it, everything except the horn made a noise: if it wasn’t the shockers, the chain rattled; the spark plug spluttered; the headlights (or maybe I?) needed spectacles and one needed to light a match to see the puddle of light of the head-beam.
Before going any further, be warned, I am no biking fiend. ‘The big cow gets a lick of salt, the small calf gets to lick the cow’s mouth,’ describes me best in Garhwali.
I was that proverbial calf! The bike sputtered around for ten years, and was the death of my lean and hungry looks and the birth of the middle age spread.
And who do we blame for bringing the first two-wheeler here? My answer lay in Barlowganj – the place is named after Colonel Charles Grant Pratt-Barlow (1811-1857) of the Oudh Irregular Army – who was gifted land for his services to the last Nawab of Awadh. In turn, it was Barlow’s granddaughter’s husband, Col. Frederick Kearsey, who came up the old Cart Road on a Triumph 550 cc Model H to Jharipani’s Fairlawn Palace for having a cup of chai with H.H. Shamsher Deb Jang Bahadur Rana of Nepal.
Before I talk of other models, I had better strap on a helmet. Why risk getting clobbered over the head for letting you into one of Landour’s ill-kept secrets: the love life of my friend, the handsome author Stephen Alter. Often you can see him puttering around with her, as she growls, snarls and purrs around the Upper Chakkar – a 1936 vintage Norton 16H. Watch out you’re not allowed to like her! She is Steve’s and Steve’s all the way! Of course there’s the Scotsman, author Bill Aitken, who in his book Riding the Ranges – Travels on my Motorcycle takes his readers on a motorcycle to the remote corners of Ladakh.
‘On a bumpy ride my spare wheel fell off and rolled into the Indus,’ he laughs. ‘Across the border it floated without travel papers, a passport or even a visa!’
Nor did our neighbour, old Padre Das, have any papers to achieve fame. In a moment of divine weakness, he picked up a rusty old motorcycle. He was a careful driver, always peering through his fogged up glasses, looking all around before hitting what was right in front of him. That is, right upto the day he was caught in a monsoon downpour. As he tried to park on the very edge of Tehri Road, he fumbled, the seat was a wee bit too slippery, came off in his hands. The rest of it sailed clean over the defile of Company Khud, a few hundred feet below.
Glumly peering into the abyss, watching the local boys retrieve the bits and pieces, he was heard to mumble: “There goes my last bike!’ At least that is what he thought, until into the gap, as it were, jumped an enterprising Mullingar Hill welding artist – Jagjit Singh. He bought the mangled remains, assembled them together, even sprayed it olive green. ‘It will be handy to go down to Dehra!’ he told me. ‘Cheaper buying my iron stuff there!’ Or so he mused until one stormy rainy night, he was on his way home and generously offered a lift to a girl, so obviously in distress standing on the roadside. Considerately, he gave her his jacket to stay warm and continued on his way up. On that U-bend near Bhatta village, he found the bike suddenly speeding up and feeling lighter.
He turned to look at the pinion seat and found no one there.

Garhwal Post has established itself as a credible, balanced and forward looking newspaper in India. Based in Uttarakhand, the daily is read by the aware, socially and culturally responsible, high-income elite of society.
Contact us: info@garhwalpost.in
dating apps free uk best blind date app