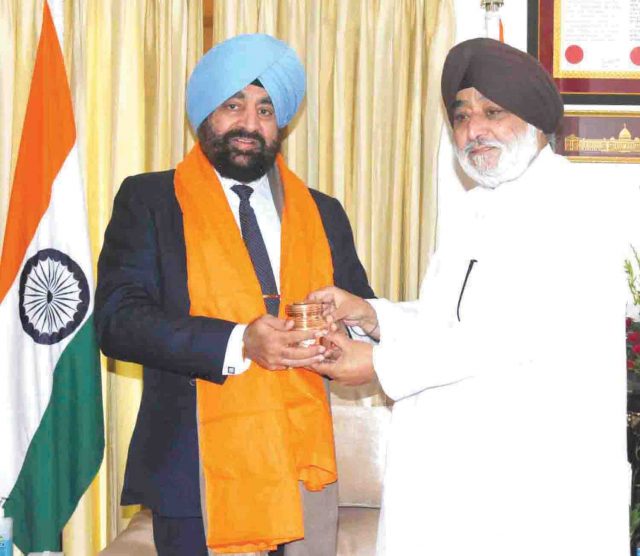 The Governor received information from the Vice President about the Hemkund Sahib Yatra and the ongoing construction works on the Yatra routes. Bindra stated that many works are being done on the yatra routes for the smooth journey of the devotees. He added that Rs 48 crores have been approved by the Central Government for improvement of the Badrinath main highway, for which the tendering had also been done. Work on widening the bends on the roads is also going on.

Bindra added that a helipad has been constructed near Hemkund Sahib, which will be used for rescue flights in case of emergency. The work on the ropeway for Hemkund Sahib is in its final stage for which tenders would soon be issued. Apart from this, toilets and rain shelters are also being constructed on the Ghangaria to Hemkund Sahib trekking route. The motor bridges have also been repaired. Apart from this, other works are also being done so that the devotees do not face any problems during the journey.

The Trust Vice President expressed his gratitude to the Prime Minister, Governor, Chief Minister and Chief Secretary on behalf of the Trust for the successful operation and construction works for the Yatra.

Garhwal Post has established itself as a credible, balanced and forward looking newspaper in India. Based in Uttarakhand, the daily is read by the aware, socially and culturally responsible, high-income elite of society.
Contact us: info@garhwalpost.in
unparseable date polygamy dating sites online dating anxiety