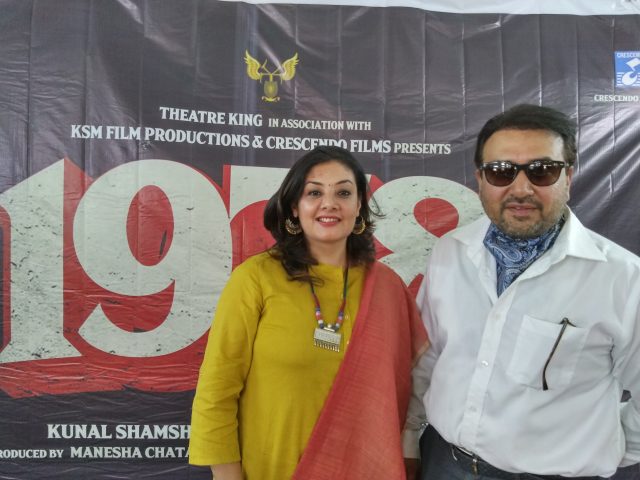 Dehradun, 1 May: Dehradun-based actor and producer Kunal Shamshere Malla announced the release of his film, ‘1978 – A Teen Night Out’, at a Press Conference held, here, today. The premier of the film is scheduled for 3 May at a local multiplex.
Kunal Shamshere Malla, who is the owner of Dehradun based KSM Film Productions, has produced the film along with Suresh Thomas of Crescendo Films. It has been directed by Aziz Zee, co-produced by Manesha Chatarji, and written by Mohit Srivastav.
During his interaction with the media, Kunal said, “1978 – A Teen Night Out” is a Bollywood Horror-Thriller. It is the first teen horror film ever made in India and has been shot at an actual horror location in Trombay, Mumbai. The film is set in the 1970s and has a racy, supernatural, terrifying, suspense story of a night out by a group of teens at a haunted film studio. The film follows seven teenagers who find their lives in jeopardy after getting trapped in a haunted mansion. One of the unique things about this film is that all the actors have themselves sung the songs.”
Doon-based teenager Maliha Malla has played a lead role in the film. It also features Apoorva, Yash, Rishabh, Vaishnavi and Muskan from Mumbai.
During the conference, Kunal also shared the shooting process with the media. He said, “The actors, directors and all the crew members of the film have done fabulous work. The shoot used to take place from 6 in the evening till 6 in the morning. The scenes have been shot in a very modern way. It is a fast movie with succinct dialogues targeting the young generation, school and college students who like watching horror and thriller movies.”
He added, “The film has got all the elements of a good horror flick and we are confident of the content. All the newcomers have done an excellent job and have gone beyond our expectations in terms of performances, which have contributed immensely to making the film an entertaining one.”
The film will be released in multiplexes nationwide on 3 May, including PVR Cinemas in Dehradun.