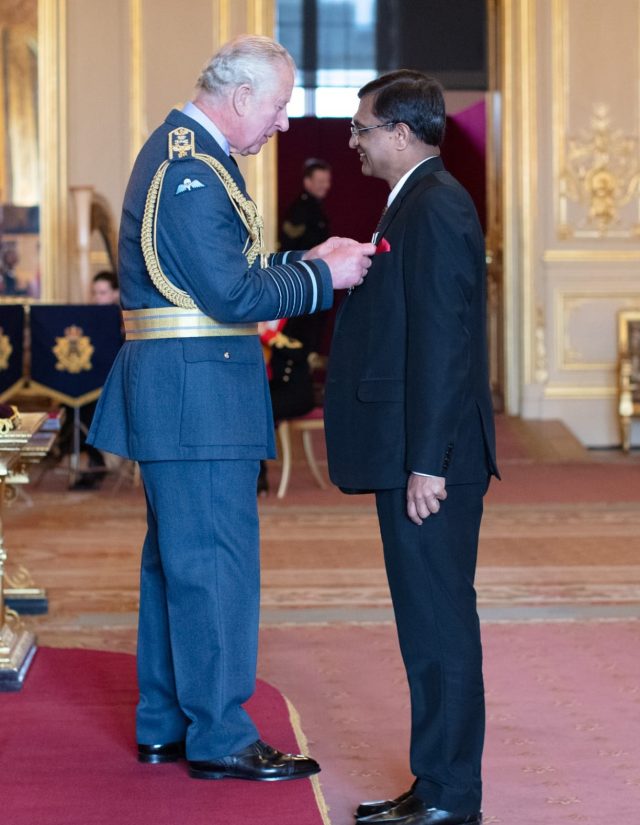 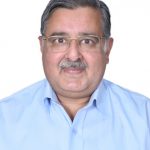 Dr. Sumit Goyal of Roorkee, a renowned Oncoplastic Surgeon, now based in United Kingdom as a Consultant Breast and Oncoplastic Surgeon, Cardiff and the Wale University Health Board, was amongst the eminent names included as awardees in the last Queen’s Birthday Honours list. He has been awarded MBE (Member of British Empire). On account of the Covid Pandemic, the award function could not be held then and was held this week at the prestigious Windsor Palace in London, where he was decorated as the Member of the British Empire (MBE) by HRH Prince Charles.

It is a matter of great pride that Dr. Goyal hails from Roorkee, Uttarakhand. His father, Dr. SK Goyal is one of the oldest and prominent personalities of Roorkee and has been practising since long. He himself is a passout of KGMC Lucknow. Besides being a wonderful human being, Dr. SK Goyal has contributed in various ways to the society not only by way of medical profession but in other ways as well. Asha, mother of Dr. Sumit, is a pious and simple housewife, eversmiling and ever helping. Dr. Sumit was born on 9th June 1966 at Roorkee. He did his primary classes from St. Anne’s School, Roorkee which permitted co-ed education only upto to class 3. Thereafter, Sumit studied in St. Gabriels School, Roorkee from class 4th to class 10th. He was always hard working, laborious, good natured and helping and had imbibed rich family values and ethics. He has been a keen sportsperson as well with a special taste for Table Tennis and Basket Ball, besides Cricket and Hockey. Like his parents, he too has always been kind, generous, helpful and eversmiling. He has a charming personality and has always been liked by anyone who has known him and has come in contact with him. He was focussed in his goals and shifted to Modern School New Delhi for classes 11th and 12th where he worked very hard, and immediately after class 12th got admission in virtually each and every medical college for whose entrance he gave the examination. To name a few, he was selected not only in All India Institute of Medical Sciences, New Delhi but also got into AFMC, Pune and KGMC, Lucknow besides others. He chose All India Institute of Medical Sciences, New Delhi from where he did his MBBS and thereafter MS. He moved to UK in 1995 and was trained there in cancer surgery. After completing his specialist training in Wales, he was appointed as a Consultant in 2003. He became the lead for the Breast services in 2006, a position he held for 10 years. His passion and enthusiasm to improve the quality of the medical services for breast cancer saw him getting approval and getting built a Breast Centre at the Llandough site. The centre was built with the aim to provide high quality care for patients and high satisfaction for staff. The centre opened its doors in October 2010 and brought breast services under one roof. Dr. Sumit had foresight to improve the patient care even further and he established Cardiff Breast Centre Charity and so far has raised over 750,000 Pounds which has been used to improve the care of breast cancer patients and to provide them holistic care. He continues to be the lead for breast cancer for Wales. He has been associated with various charitable works. He has been recognised for his exceptional contribution to breast cancer services and for his charitable works and has thus been awarded MBE.

Dr. Raina, wife of Dr. Sumit, is a consultant Ophthalmologist at the University Hospital of Wales, Cardiff. Their son is carrying forward the family legacy and is a Junior Doctor. The daughter is in final year of schooling and will be joining college soon.
The award of the MBE is a matter of great pride not only for Uttarakhand but also for the country as a whole. Dr. Sumit when contacted stated, “I am humbled and honoured. I am also ecstatic to receive the award. I would like to thank my wonderful team, without whose tireless efforts all this could not have been possible. I also thank our fund raising team, the patients and volunteers who have selflessly helped me in raising money for a great cause. I thank my parents, friends and well-wishers who have always supported me. One person that I cannot thank enough is my wife, Raina, without whose support I would not have been able to devote the time and effort needed for my endeavour”.

(Author’s note: After my initial schooling in Brightlands (at its original site Opposite Coronation) and SJA, I did my schooling and Graduation from Roorkee. I was in Roorkee from 1974 to 1986 and then did my law from DAV Dehradun and ever since then have been practicing as an Advocate. Sumit and I were together from 1974 onwards. We developed like family. I can never forget the warmth and affection of his parents. There are so many memories and incidents that make me emotional. We share our Birthday as well; born on 09th June 1966. Even while he was in AIIMS, he had given me the duplicate key of his room (which I returned after he got married; he did not ask for it !!). We have shared a rare bond).

Garhwal Post has established itself as a credible, balanced and forward looking newspaper in India. Based in Uttarakhand, the daily is read by the aware, socially and culturally responsible, high-income elite of society.
Contact us: info@garhwalpost.in
websites to meet new friends online hookup dating sites south africa https://garhwalpost.in/elite-dating-websites-uk/