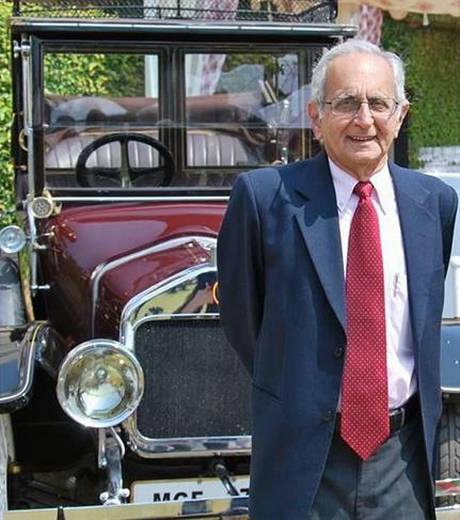 By Our Staff Reporter
Mussoorie, 8 Nov: Motorsports could not take place in India for the last two years due to the Corona epidemic, but are now being revived. The Heritage Himalayan Car Rally started from Noida, today, and will arrive at the Heritage Hotel Welcome Savoy on 9 November. On 10 November, Chief Minister Pushkar Singh Dhami and writer Ruskin Bond will flag it off for Kufri.
The Nazir Hussain Memorial Rally is organised in the memory of the founder of the Indian Automotive Racing Club and former President of the Federation of Motor Sport Clubs of India. Until four decades ago, the Himalayan Car Rally used to pass through Mussoorie but after some time it was stopped. Once again, the Himalayan Car Rally is reaching Mussoorie, due to which there is a lot of enthusiasm among the people.
Nazir Hussain did a lot of work for motorsports in India. His birth anniversary falls on 16 October. The rally will run from 8 to 13 November, starting from Greater Noida, reaching Mussoorie, and Kufri in Himachal Pradesh via Lansdowne. It will conclude on 13 November.
Indian racer Gaurav Gill, a multiple time FIA Asia Pacific Rally champion, said, “I heard about this race when I was young and it really inspired me. The Memorial Drive is a non-competitive event. It is being organised to pay tribute to Nazir who brought India recognition in international motorsports.
Nasir Hussain, born in 1940, was an Indian racing driver as well as an administrator of motor sports. He was also the Chief Manager of the World Rally Championship and a member of the World Motor Sports Council. He passed away in 2019. He started the Himalaya Rally Route in 1981, which operated continuously till 1990. Now, after 31 years, the Nazir Hussain Memorial Drive is being organised by Team Firefox. Each team participating in the rally will have two members.