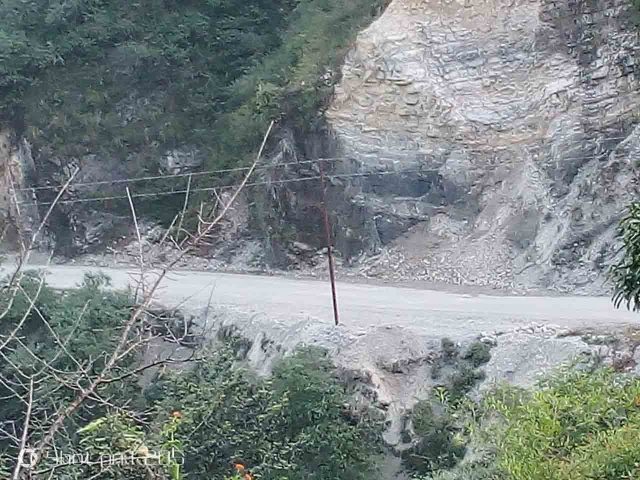 By Our Staff Reporter
Mussoorie, 16 Oct: The Mussoorie-Kimadi motorway is proving fatal for tourists. It has been damaged at many places, large pits have built up in many places, and the road is also very narrow at some others, due to which accidents are continuously increasing. A number of people have lost their lives as a result.
Recently, some strict steps were taken by the administration after the death of family members of former Union Minister Rajiv Pratap Rudy. The route was also closed for a few days. But, once again, the road has been opened for traffic and people are choosing to use this route. It is particularly dangerous at night because there are neither parapets nor crash barriers. People want the PWD to set up crash barriers and widen the road. Neither the government nor the administration is paying attention to this.
President of Mussoorie Traders Association Rajat Aggarwal said that the motorway has become an alternative route to Mussoorie but it needed improvement. Former municipal chief OP Uniyal said it is very important to upgrade the road in time for the tourist season.
State President of the Uttarakhand Hotel Association Sandeep Sahani said that the Mussoorie-Kimadi motorway can relieve the traffic jams in Mussoorie. Mussoorie Congress President Gaurav Aggarwal said that the government has failed on all fronts and is not learning lessons from the accidents happening on the motorway.