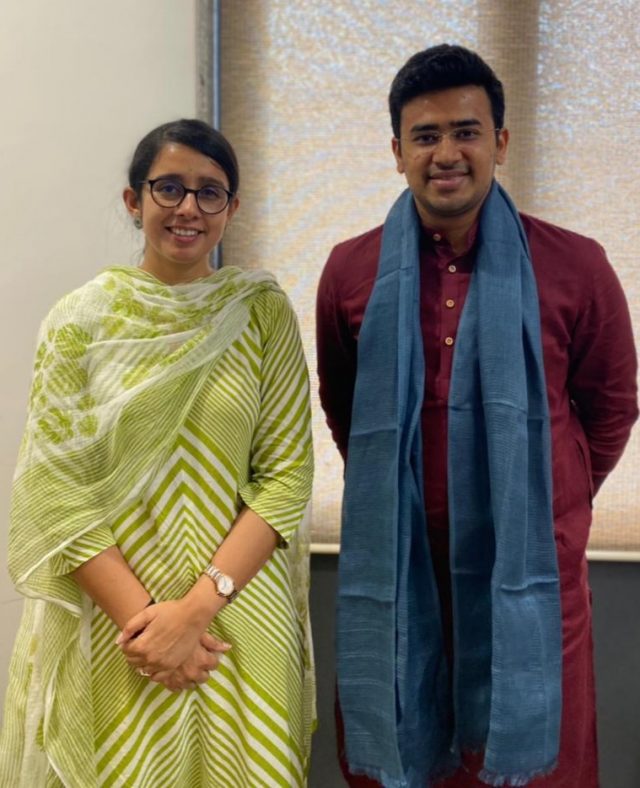 The National General Secretary congratulated and advised her to use the responsibility as an opportunity to serve the youth of the nation with the mantra of “Seva hi Sangathan”.

Neha Joshi invited BJYM President and MP from South Bangalore Tejasvi Surya to visit the Kedarnath Temple, which he accepted.

Neha Joshi has been recently appointed as the National Vice President of BJYM, the youth wing of the BJP. She is the first person from Uttarakhand to be given this responsibility.