Concerned Scientists and Philosophers have in the 21st Century Space Manifesto observed that Poverty and Discrimination are common and not specific to any one caste, region or religion. In fact, there are no followers of any faith or religion that have not violated human rights of women and the weak. No nation is free from wrong doings against “the others”. Still, some chauvinists have argued that “the oppressed minorities” are forced to resort to ‘violence and terrorism’ to avenge the majority politics. At best, it is irrational political reasoning.
The Democratic Constitution grants equal rights irrespective of gender, caste, creed, region and religion. Yet, the chauvinists of all regions and religions practice vote-bank politics, opposing the democratic political paradigm of separation of State and Religion. The conflict is really between Science and the age-old belief systems.
Information is commonly available over the net and there is no exclusive Blood Group identity of gender, caste, region or religion. No blood group divides us as a nation-state, or as caste, regional or religious entities. There is no specific blood group of Jats, Shias, Sunnis, Hindus, Christians, Jews, Muslims or Lingayatas, Tamils, Sinhalese, Kannadigas, Andharites, Nagas, Bodos, or Kashmiris.
Music, the Arts, language and culture of the South Asian (SAARC) peoples have a common source of origin – inspiration. Our cultural Cine-world is governed by the united Ganga-Jamuni bhaichaara of Insaniyat. In the heights of the Hindu-Kush in Afghanistan, I was welcomed by the local Pathans calling me Mehman, singing: “Mehman jo hamaara hota hai, Voh jaan se Pyaara hota hai.” The guest is loved more than oneself.
And Tagore’s Kabuliwala song was echoing when I trekked over the heights of the North-West Himalayas. But in the Kashmir Valley, I met the “Azadi Fighters” shouting, “Hans ke liya hai Pakistan, lad-ke lenge Hindustan.” 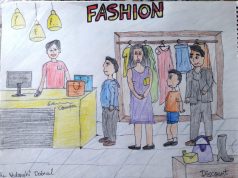 Once in a Dress Shop 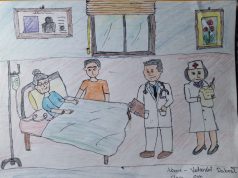 One Night in a Train!

Garhwal Post has established itself as a credible, balanced and forward looking newspaper in India. Based in Uttarakhand, the daily is read by the aware, socially and culturally responsible, high-income elite of society.
Contact us: info@garhwalpost.in
single at 36 woman gay men loving each other asian dating site edmonton