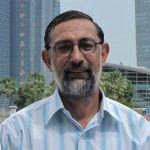 The legendary Field Marshal Count Helmuth von Moltke (the Elder) is credited with that universal military truism “No plan of operations extends with any certainty beyond the first contact with the main hostile force”. This has generally been paraphrased as the easier to understand “No plan survives contact with the enemy”.

Now that that Indian plans for pulling the economy back from the Covid-induced crisis have been spelt out, it is instructive to see what a military prism has to say about their possible efficacy.

The bedrock of any action plan is the underlying Grand Strategy. In India’s case, it took the form of the visionary 20-lakh Crore commitment announced by the Prime Minister on 12 May. To make it ‘actionable’, ‘operational plans’ needed to be formulated. These, the ‘fine print’, were spelt out by the Finance Minister in a series of briefings from 13 to 17 May. In sum, the pans comprise essentially two components: (1) Government measures (direct money payout) of about 1.2% of the GDP (two thirds of which is already accounted for by the initial March 2020 announcements under the Pradhan Mantri Garib Kalyan Yojana) plus loans and guarantees to the tune of 5% of the GDP; and (2) RBI liquidity measures comprising Rs 8 lakh crores or 3.8% of the GDP (essentially placing more money in the hands of banks to give further loans). This totals the 10% of the GDP that the Package is said to entail.

In other words, the recovery is premised almost totally on the supply side – greater access to funds, aimed at helping the producers re-commence stalled production by adding on debt with relaxed conditionalities. This seems to implicitly assume that demand exists (it went dormant due to non-access to goods when the lockdown was imposed) and that once supply of goods starts, it will automatically satisfy existing demand.

Thus, the basic assumption is a cherished hope that consumer behaviour and the needed purchasing power have not undergone much change, and return to ‘normalcy’ will eventually ensure ‘business as usual’ – once retail markets open up and goods are available. There are two corollaries to this (1) additional funds with banks will translate into further lending to producers/sellers (the falling graph of bank lending in the immediately preceding non-Covid times notwithstanding), and (2) that despite facing uncertain consumer behaviour, firms will ramp up production by availing of loans on offer/moratoria on existing loans/interest repayments.

There is a core assumption that seems to have determined the operationalisation of the strategy – the country just does not have the fiscal space to pump in further funds to stimulate demand by wage subsidies/support (unlike as done by almost all developed economies) to ensure basic survival of those most hit by the lockdown and cessation of most economic activity: the workers in the unorganised/MSME/travel, tourism and restaurant/‘sunrise’ sectors.

This brings to mind the story of how India came to accept the ceasefire that ended the 1965 Indo-Pak War. As per the generally accepted narrative, the main reason was that the then Army Chief, General JN Chaudhuri, had informed the PM, Lal Bahadur Shastri, that the Indian Army had expended most of it frontline ammunition (it was down to 14% it was estimated) and that there had been unacceptable tank losses, hence continuation of war in the hope of a decisive victory was not feasible. It later transpired, so that narrative goes, that quantum of stores in transit was not factored in, and that there was still near parity in tank numbers between India and Pakistan. Our resources were grossly under-estimated. The seemingly empty quiver of 1965 is akin to the argument by conservative economists (who seem to have carried the day in formulation of the ‘operational’ plans) that prudent monetary policy and the fiscal deficit management preclude additional space for the government to manoeuvre, despite the unprecedented nature of the crisis. Ratings will plummet, capital flight will ensue, inflation will rise hence we must stick to what we are perceived to have in hand.

One of the characteristics of all successful commanders is a quality named “coup d’oeil” – the ability to grasp all features of a battlefield or all the nuances of a situation at the proverbial glance. Napoleon Bonaparte, one of the most gifted military commanders in history, said: Success in war depends on coup d’oeil and in sensing the psychological moment in battle. This seems to be lacking while translating the Grand Strategy into Operational Plans with the current ultra conservative ‘supply side’ approach. The PM’s intent is visionary – addressing quite a few of the issues that have traditionally hobbled Indian entrepreneurial spirit. However, the sweeping nature of reforms announced, the ‘Make in India’ push, will take quite some time to be translated into action and thus show results on ground. What is needed is immediate, bold action. The legendary French Marshal Villars observed “the boldest and most extended plans are generally the wisest and the most successful”. Thus, in the present scenario, the Grand Strategy needs Operational Plans and Tactics to be evolved which shall yield visible and tangible near term results to resuscitate the economy and try and circumvent the prospect of deep recession that looms.

As in all military and corporate/governance plans, objectives have to be spelt out; in the present scenario these need to be stated in quantifiable economic terms – percentage of rebound of employment (which has sunk to a never before low), GST collection targets, Index of Industrial Production, GDP growth and so on. None of these have been stated as desired end states – in the near or medium term horizon. Achieving an undefined ‘normalcy’ seems to be the target, though according to most analysts we now have to grapple with the as yet unclear ‘new normal’.

As noted military commentator Colin S Gray says in his book “Strategy and Politics”: “A dominant response by the people in charge of policy process… is simply to assume a happy elision of wish with need. In other words, what is desired, and quite likely is possible, is assumed to characterise the future knowably… a case of hope under-disciplined by reliable empirical evidence.”

And empirical evidence seems to state that at this ‘Carpe Diem’ (Seize the Day) moment in the country’s history, Roosevelt’s ‘New Deal’ approach (which got America out of the Great Depression) would be a better, historically proven operational strategy – Relief (for the unemployed), Reform (of the financial system) and Recovery (of the economy) by way of a massive series of public works projects (focussing in our case on building quality healthcare and education infrastructure in the public domain, both sorely needed to give true meaning to our ‘human capital’), in the process reviving industry and employment. Over-reliance on prodding ‘ease of lending’ is an unproven path, may not reach a majority of firms in distress, and given the already existing slowdown, may merely serve to postpone lenders’ woes without achieving rapid revival. Hence, the plans may need re-visiting and re-jigging.

The PM’s 20-Lakh Crore pronouncement is visionary in its ‘aim-plus’ – Atmanirbhar Bharat – but the plans formulated don’t seem to be getting us there fast.