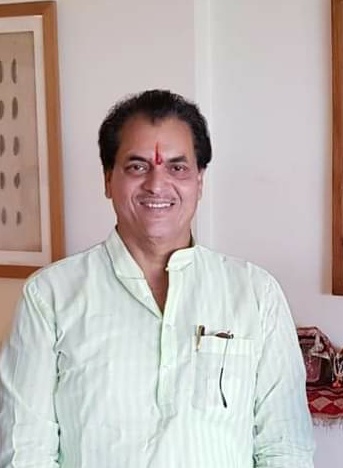 By Our Staff Reporter
Dehradun, 5 Jun: Uttarakhand Assembly Speaker and Rishikesh MLA Premchand Aggarwal today claimed that no Toll Plaza would be established near Nepali Farm on National Highway now. It may be recalled that the National Highways Authority had announced a toll plaza near Nepali Farm on the Highway that connects Rishikesh to Haridwar and Haridwar to Dehradun via Nepali Farm. Aggarwal informed the media persons that on 24 May, when the announcement of a toll plaza had been made, he had summoned the NHAI officials and registered his protest on the grounds that there was another toll plaza already collecting tolls less than 20 km away connecting Dehradun and Rishikesh to Haridwar. He informed that he also took up the issue with Union Education Minister Ramesh Pokhriyal Nishank and then a decision was taken to drop the upcoming Toll Plaza at the Nepali Farm.
Aggarwal claimed that there would no toll tax  payable at Nepali farm now and he thanked Union Minister Nishank and Chief Minister Tirath Singh Rawat for their initiative in getting the plan for toll plaza at Nepali Farm dropped. He appealed to those sitting in dharna against the decision to put up toll plaza at Nepali Farm to end their protest as the plan for toll plaza had been given up already. Earlier, a delegation of public representatives of rural areas in Dehradun district lying between Dehradun and Haridwar and between Rishikesh and Haridwar  had called on BJP State President Madan Kaushik in Haridwar under the leadership of Municipal Corporation Mayor Anita Mamgain, in this respect. During this, a memorandum was handed over to him demanding not to set up the toll plaza. The mayor told the BJP state president that if a toll plaza was set up during the Corona period, it would put a needless and additional financial burden on the people who travelled regularly between Rishikesh and Haridwar and between Rishikesh and Dehradun via Nepali Farm and between Haridwar and Dehradun via Nepali Farm. A large number of people travelled on Dehradun-Haridwar Highway on a daily basis, she reminded and of them a large number of people living in rural areas travelled shorter distances sometimes several times during a day. Therefore the villagers of this region were strongly opposed to the toll plaza at Nepali Farm.
According to Mamgain, Kaushik assured to the delegation that he would not allow the toll plaza to be set up at Nepali Farm under any circumstances and he would also go to the dharna site to urge those on dharna to end their protest.