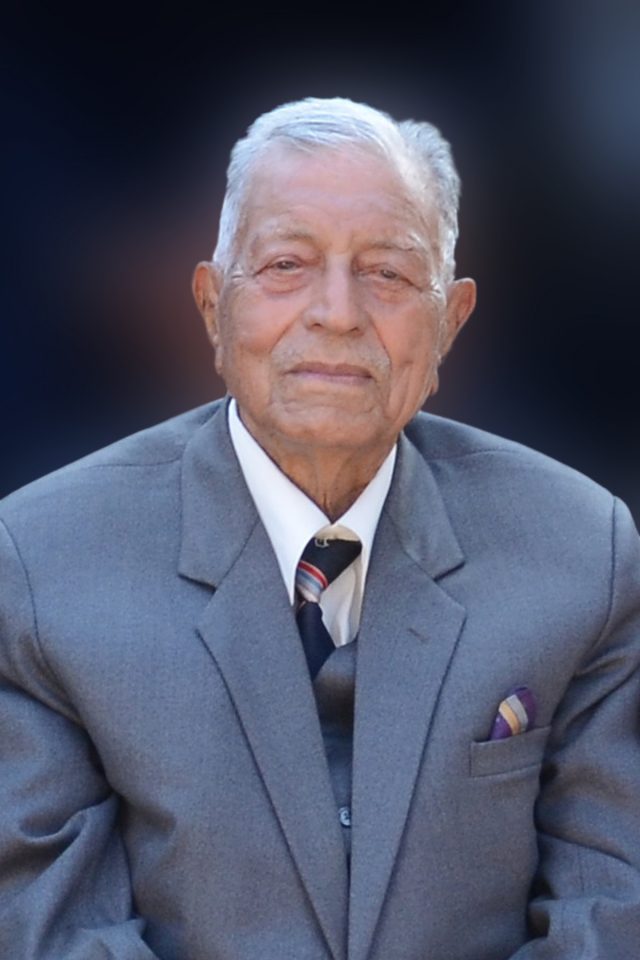 By Brig KG Behl (Retd)
Dehradun, 25 Mar: Manmohan Krishan Puri, a noted entrepreneur known for manufacture and supply of high quality steel furniture for a number of years and one of the pillars of Cheshire Home, here, left for his heavenly abode at the age of 94 years on 23 March, 2019. He was a great social worker and philanthropist.
Puri was born on 5 June, 1925, at Sialkot, (undivided India). He graduated from Murray College, Sialkot, and later completed his LLB degree with distinction. His grandfather was a leading advocate in Sialkot, while his father was a judge last posted in Amritsar. He was the first child of his parents. Owing to the very early accidental death of his father, he not only shouldered all the responsibilities of bringing up his young siblings, the youngest being 4 years old, he ensured that they were very well educated from well known prestigious educational institutions, and were properly settled in life.
Puri had a special interest in social service. He always helped others, especially the underprivileged and physically and mentally challenged. He searched opportunities to offer services to the deserving, whether financial or otherwise. Due to his strong interest in social service, he voluntarily took retirement from business and put in continuous and relentless exemplary services to the Cheshire Home, Dehradun, serving as Honorary Secretary for over 20 years. Being an extrovert by nature with a lovable personality, he successfully managed to collect appreciable amounts of donations which could help Cheshire Home financially sound. He made sincere, untiring efforts to collect donations and successfully persuaded donors who whole-heartedly came forward to contribute for the noble cause which built a Corpus for the Home.
He had a magnetic personality, always smartly dressed, which attracted many friends – all who came in touch with him. He had a long and glorious innings. May his soul rest in peace.