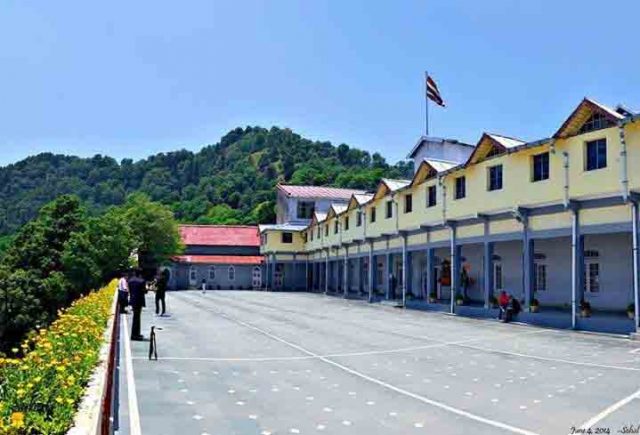 By Our Staff Reporter
Dehradun, 17 Dec: The controversy regarding the post of Principal of the prestigious Sherwood College in Nainital has taken a rather surprising turn with the Lucknow Diocese also jumping in the fray. In fact, the Lucknow Diocese has filed an appeal in the ongoing case with the Nainital High Court urging it to hear the Diocese also before deciding the case. The original petition in this case was filed by the Agra Diocese seeking the help of the court in giving charge as principal to Peter Dhiraj Emmanuel appointed by it in October this year. It may be recalled that the newly appointed principal of the Sherwood College, Peter Dhiraj Emmanuel, wasn’t allowed entry in Sherwood college by the present principal, Amandeep Sandhu, who has refused to quit.
While Emmanuel has claimed that he was appointed by the Diocese of Agra, which controls the management of the prestigious Sherwood College as the new principal, Amandeep Sandhu has claimed that the Agra Bishop had appointed Emmanuel as the principal without any authority. Sandhu has further claimed that Sherwood College was under the control of Lucknow or the Delhi Diocese and the Agra Bishop or the Diocese have no say in the management or administration of the Sherwood College which is administered by Sherwood Diocesian Society registered at Haldwani. Its past chairmen have been Bishop of Lucknow and Bishop of Delhi. Sandhu further states that there was presently no chairman of the Sherwood Society and the Agra Bishop had no authority over the management of the College.
It may be pointed out here that the Agra Diocese has filed a case with the Uttarakhand High Court seeking its direction for the removal of current principal Sandhu. Peter has approached the High Court seeking protection to enter the school. The court had asked the government to provide the security but still Emmanuel could not enter the college on Saturday though he was accompanied by police personnel and his advocate, on the orders of the current principal. Further a notice was also pasted at the gate that no one without a Covid-19 negative report was allowed entry into the college premises. It may be further recalled that Sandhu has been the principal of this prestigious institution since 2004. The High Court was scheduled to hear the case yesterday but it did not happen as the judge, Justice Ravi Maithani recused himself from hearing the case. In fact, earlier, Justice Sudhanshu Dhulia too had recused himself from the case.
With the Lucknow Diocese also claiming rights of management and ownership of the Sherwood property, the case has taken an interesting turn. The Diocese of Lucknow has filed an intervention petition urging the court to hear it before deciding the case.
This over a hundred and fifty year old Sherwood College is alma mater of some very eminent personalities including Field Marshal Sam Manekshaw, Major Somnath Sharma (winner of first Paramvir Chakra after his martyrdom), Amitabh Bachchan, Kabir Bedi and Ram Kapur.