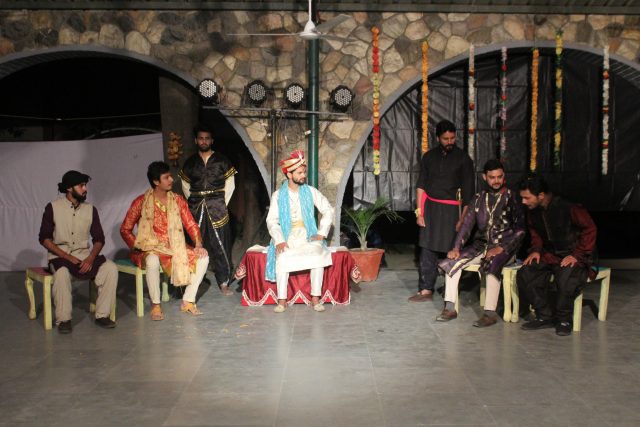 By OUR STAFF REPORTER
Dehradun, 17 Apr: The National School of Drama conducted a theatre workshop during the past month at the Olympus High School here. The event was inaugurated by Finance Minister Prakash Pant, in the presence of famous folk singer Narendra Singh Negi on the eve of 8 March.
The workshop flourished under the supervision of Shrish Dobhal (NSD). As many as 35 artists, not only from Uttarakhand but also other states, were a part of this venture. It focused on the overall development of an artist. Classes were conducted pertaining to each and every aspect of theatre production under the guidance of experts of all the fields from NSD.
With the collaborative efforts the workshop has successfully completed a production along with the classes. The production is called ‘Garh Gatha – Mughal Shehzada’, a historic play based on Uttarakhand written by Uttarakhand playwright Kamal Rawat.
The main characters are played by Mahi Papra (Pithoragarh) playing Prithvi Pati Saah, Anoop Kumar Singh (Lucknow) Medani Saah, Rakesh Arya (Dehradun) Sulemaan Shikoh, Sakshi Sharma (Dehradun) Raajmata, Malliah Malla, film actress from Dehradun, who is about to make her presence on the big screen, will also be seen playing various characters in this play.
The experts involved in the workshop were Dr Suwarn Rawat-Acting – Improvisations (9 March); Sudarshan Juyal – Acting and Theatre – Study through Films (12, 13 March); C Basavalingaiah – Production and Designing (24, 25 March); Prof Devendra Raj Ankur – Classical Indian drama, modern Indian drama, World theatre (27, 28 March); Dakshina Sharma – Makeup, Theatre Music (29, 30, 31 March); Abhilash Pillai -An Approach to Acting (30, 31 March); Shrish Dobhal – Camp Director/ Production Process/Play Direction (8 March to 8 April).
The NSD expert was Himanshu B Joshi – Light Designing (1, 2, and 4, 5 April). The Regional Experts from Uttarakhand) were: Narendra Singh Negi – folk elements in theatre (8 March, 2 April); Manorama Negi – Movements and Choreography (8 days); Dr Manoj Rangarh – ‘An Actor Prepares’: Meditation in Acting (5 and 6 April). Coordination and Assistance was provided by Anurag Verma and Sanjay Badoni.
Former NSD Director Prof Devendra Raj Ankur said that Uttarakhand had given many graduates to NSD. He specially appreciated Shrish Dobhal along with a few others for their active work in the uplift of theatre in Uttarakhand. He said that it was the duty of experienced artists to work towards the growth of theatre in their region, even if they are occupied with main screen cinema. He also said that theatrical events should be organised in Uttarakhand every year by the various organisations or with the help of the government for Uttarakhand theatre to get recognition at national level.
Baswalingya Basu, Director, NSD, Bengaluru, asked the senior artists to work in collaboration with each towards the growth of theatre. He even asked them to introduce theatre as a subject in schools and pointed out the important role of teachers in theatre. He asked the Education Department to take steps in this regard. Veteran thespian Shrish Dobhal directed the play Garh Gaatha-Mughal Shahzaada. Chief Coordinator of the workshop, Kunal Shamsher Malla was present at the closing ceremony. 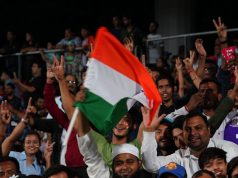 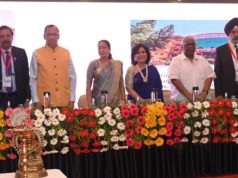 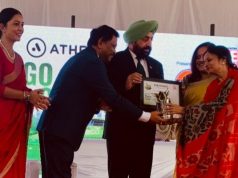 Garhwal Post has established itself as a credible, balanced and forward looking newspaper in India. Based in Uttarakhand, the daily is read by the aware, socially and culturally responsible, high-income elite of society.
Contact us: info@garhwalpost.in
https://garhwalpost.in/perth-casual-dating/ https://garhwalpost.in/best-dating-app-for-men/ dating sites for couples free