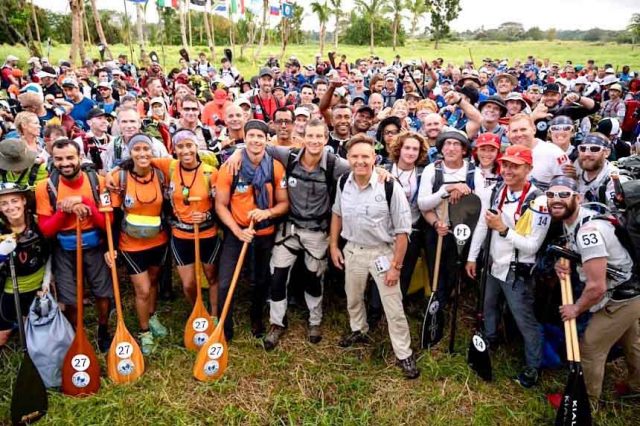 By Our Staff Reporter
Dehradun, 21 Aug: After making over half dozen Guinness World Records in mountaineering and adventure, India’s ‘Everest Twins’, Nungshi-Tashi Malik, have once again made South Asia, especially women, proud. Last year, they were selected among the toughest global adventurers for the prestigious race called ‘Eco Challenge Fiji 2019’. This is the first time any adventurer or team from South Asia and much of the developing world made entry into this event, touted by many as the ‘Olympics of Adventure’ in which 66 teams from 30 countries took part.
That race was hosted by Bear Grylls and is streaming on Amazon Prime video in an epic 10 episode series. Due to their performance, Nungshi Tashi have been among the top featured athletes of this show.
The twin sisters had selected the team of five members and named it ‘Khukuri Warriors’. Being totally new to adventure racing, they had little chance of finishing this grueling 671 km race involving a dozen adventure activities over ocean, rivers, lake, swamps, jungle and mountains. The twins started at the bottom of the table nearly dropping out of it right in the beginning but gradually inched their way up the pack, finally finishing 36th at the finish line, braving 11 days and nights non-stop without sleep. As many as 22 teams could not finish the race, which saw many medical evacuations and serious injuries.
Acknowledging the twins’ global achievements, a few years ago, Bear Grylls had described them as his ‘heroes’ on his blogging site.
The race updates can be followed on the twins’ social media handles FB – Tashi & Nungshi Malik, Instagram – tashinungshi, Twitter – @NungshiTashi and @khukuriteam.