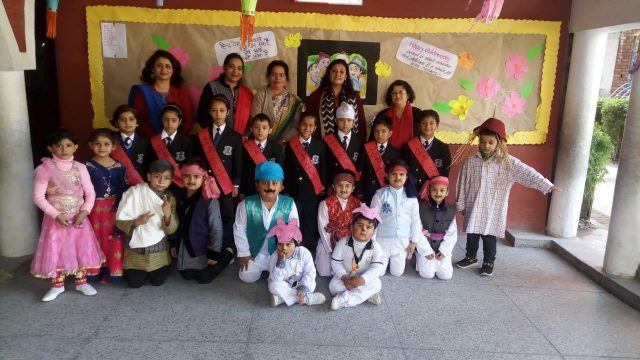 DEHRADUN, 2 Dec: The pre- primary section of Olympus High organised a Hindi theatrical presentation in the school premises, here, today. In the singles category, Swastika and Agrima from play group got the first and second positions, respectively, while Krishnavi and Ananya from nursery stood first and second, respectively. In the kindergarten, Saras scored the first position, and Rudra and Ashmita were jointly second. Vivaan and Abhishek of class one were awarded the first and second positions, respectively. In the group category, all the four houses gave theatrical presentations based on several stories. Saam House staged ‘Mehnat Ka Phal’, Atharva House, ‘Ekta Mein Shakti’, Yajur House, ‘Maine Dekha Sapna Ek’, and Rig House, ‘Chatori Billi’. In this category, Saam House won the first position, while Atharva House was second. Principal Anuradha Pundir Malla appreciated the efforts made by all the children and encouraged them to perform with zest and fervour in future activities. The programme concluded with a vote of thanks by the section coordinator, Shaileja Hazarika. Present on the occasion were the judges, guests, students and the school staff.