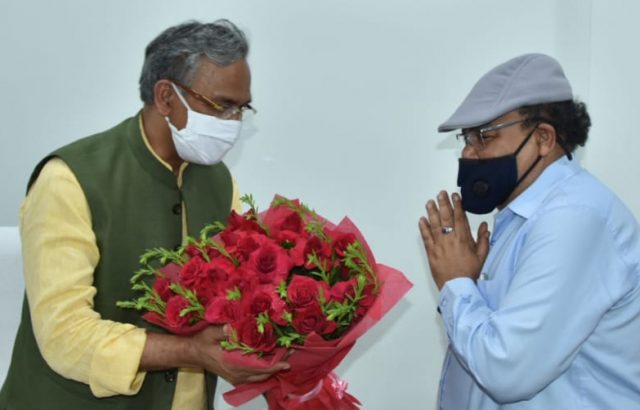 Dehradun, 30 Jul: Additional Chief Secretary Om Prakash has been appointed as the new Chief Secretary of Uttarakhand. He replaces outgoing Chief Secretary Utpal Kumar Singh, who is due to retire tomorrow.
According to official sources, Om Prakash will take charge tomorrow afternoon. Putting to rest all speculation in this regard, orders on the appointment were issued, today, by Additional Chief Secretary Personnel Radha Raturi, who was also in the race for the top post! Readers would recall that Garhwal Post had already indicated that Om Prakash was set to become the next Chief Secretary.
Om Prakash is a 1987 batch IAS officer and succeeds Utpal Kumar Singh, who is a 1986 batch officer. Among the eligible officers for the top post were senior IAS officers ranging from 1985 batch to 1990 batch. Anup Wadhawan, a 1985 batch officer, was the senior most officer among those eligible, but he is currently posted as Union Commerce Secretary and was not interested in returning to the state. If he had shown interest, earlier, he could have preceded Utpal Kumar Singh who was one year his junior. Radha Raturi is a 1988 batch officer and was also in contention along with her batchmate Sukhbir Singh Sandhu who is currently posted as Chairman of National Highway Authority of India.
Om Prakash is believed to enjoy the confidence of Chief Minister Trivendra Singh Rawat, having served under him as Secretary, Agriculture, when Rawat was Agriculture Minister under BC Khanduri and then RP ‘Nishank’. When Trivendra Singh Rawat was chosen by the BJP to be the Chief Minister in 2017, Om Prakash became his Principal Secretary and then his Additional Chief Secretary.
Utpal Kumar Singh, retiring tomorrow, is likely to be appointed as Chairman of Uttarakhand Electricity Regulatory Commission, a post that has been vacant for the past six months after the five year tenure of Subhash Kumar ended.

Garhwal Post has established itself as a credible, balanced and forward looking newspaper in India. Based in Uttarakhand, the daily is read by the aware, socially and culturally responsible, high-income elite of society.
Contact us: info@garhwalpost.in
https://garhwalpost.in/free-meet-up-sites/