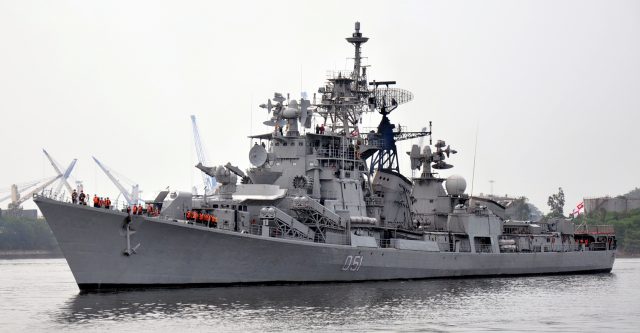 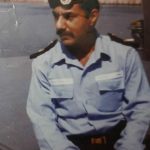 My warship is going to be decommissioned tomorrow. I have been on board INS Rajput for four and a half years. Memories flood in front of my eyes. Oh! Nostalgia!

On the early morning of January 1985, a young Ship Wright Artificer reported onboard Indian Naval Ship Rajput which had come alongside Naval Dockyard jetty at Vizag after sailing. I was fortunate to join the most modern warship of her time. What excited me most were the Nuclear, Biological and Chemical Defence (NBCD) capabilities of the warship, and I was to carry out duties as one of the key members of its monitoring and decontamination party. My NBCD training of 1983 was also to be put to the test finally along with managing the Damage Control and Fire Fighting party on board ship.

We had to exercise a lot during sailing in the blue as well as green waters. Planned Preventive Maintenance routine was undertaken whether at dockyard or being at sea. It was no fun learning about the most sophisticated ships’ systems – that too documented in the Russian language. So, we got to learn Russian, too. My four and a half years tenure matured my seamanship ability and I was tough enough to face the roughest sea.

We had fun, too, like participating in crossing the equator ceremony on the 1st day of June 1985 enroute Seychelles. I was the ship’s ceremonial clown. Seychelles was my first foreign trip from where I brought my first gift for my mother – a tea set. I bought a walkman with a few cassettes and a headphone, a prized possession of the sailors of the 1980s.

Duty took us to Sri Lanka during OPS Pawan, and I was lucky to attend a party hosted by an Indian Army Regiment in Batticaloa, in the Eastern Province. It was a grand party with rum, pakoras and poories along with favorite non-vegetarian dishes. The Indian Navy seldom had poories on the menu. I bought a folding umbrella, while not getting out from the escort jeep. It was battle time and we were escorted with highest security.

Days and months went by, and the bachelor was promoted to family man. There are many tales to tell but national security prohibits them to be disclosed. However, being permanently stationed in Vizag, I could learn the Telugu language. I recall sitting on the Helicopter Deck during some lonely moments in harbour. Taking a stroll from on the upper deck to workout being at sea. Witnessing search and rescue operations at times. I never narrated my naval experiences, so far, and it would be for the first time, through Garhwal Post, that my readers would know how much a sailor misses his warship. As the former Special Correspondent of Garhwal Post, I wrote about others’ stories, but never mine.

Finally, as you read this, my warship INS Rajput would have been decommissioned. I wish I would have witnessed the ceremony. Prior to it, I would have taken a final look of my cabin, my workshop and of course met my shipmates. But, the pandemic has shattered my dreams – tough times.

(Vipul Dhasmana is a veteran specialised in Ship Construction and Naval Architecture and an accredited marine surveyor.)

INS Rajput to be decommissioned today

New Delhi, 20 May: On the 21st of May, a glorious era will come to an end with the decommissioning of the first destroyer of the Indian Navy – INS Rajput. INS Rajput, the lead ship of the Kashin-class destroyers built by the erstwhile USSR, was commissioned on 4 May 1980 and has rendered yeoman service to the Indian Navy for over 41 years. INS Rajput will now be decommissioned at a solemn ceremony at Naval Dockyard, Visakhapatnam. Owing to the ongoing COVID pandemic, the ceremony will be a low-key event attended only by in-station officers and sailors with strict observance of COVID protocols.
INS Rajput was constructed in the 61 Communards Shipyard in Nikolaev (present-day Ukraine) under her original Russian name ‘Nadezhny’ meaning ‘Hope’. The keel of the ship was laid on 11 September 1976 and she was launched on 17 September, 1977. The ship was commissioned as INS Rajput on 4 May, 1980, at Poti, Georgia by IK Gujral, the Ambassador of India to USSR, with Capt Gulab Mohanlal Hiranandani as her first Commanding Officer. Over her four decades of glorious service to the nation, the ship had the distinction of serving in both Western and Eastern Fleets.

With the motto “Raj Karega Rajput” firmly etched in their minds and indomitable spirit, the gallant crew of INS Rajput have remained ever vigilant and always ‘on call’ to protect the maritime interest and sovereignty of the nation. The ship has participated in several operations aimed at keeping the nation secure. Some of these include Operation Aman off Sri Lanka to assist IPKF, Operation Pawan for patrolling duties off the coast of Sri Lanka, Operation Cactus to resolve hostage situation off the Maldives, and Operation Crowsnest off Lakshadweep. In addition, the ship participated in numerous bilateral and multi-national exercises. The ship was also the first Indian Naval Ship to be affiliated with an Indian Army regiment – the Rajput Regiment.
In her glorious 41 years, the ship had 31 Commanding Officers at her helm with the last CO taking charge of the ship on 14 August, 2019. As the sun sets on 21 May, ‘21, the Naval Ensign and the Commissioning Pennant will be hauled down for the last time onboard INS Rajput, symbolising the decommissioning.

Garhwal Post has established itself as a credible, balanced and forward looking newspaper in India. Based in Uttarakhand, the daily is read by the aware, socially and culturally responsible, high-income elite of society.
Contact us: info@garhwalpost.in
catchy dating headlines that attract sugar daddies https://garhwalpost.in/fast-and-furious-9-stream-date/ canadian online dating sites