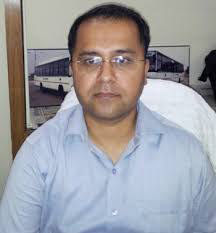 DEHRADUN, 12 May: The Uttarakhand Government has claimed that transport operations to bring back stranded migrants, especially the workers from other states, are in full swing. As on 11 May, 51,394 migrants that were stranded in various states of the country had already reached Uttarakhand and the process is ongoing. So far, 1,98,584 migrants have registered for return to Uttarakhand from other states.
This was revealed by Secretary, Transport, Shailesh Bagoli, here, today. He said those who had already returned to the state included 13,799 from Haryana, 11,957 from Uttar Pradesh, 9452 from Delhi, 7163 from Chandigarh, 2981 from Rajasthan, 2438 from Punjab, 1060 from Gujarat and 1032 from other states.
Bagoli disclosed that, besides 1,98,584 migrants stranded in other states and registering themselves for return to Uttarakhand, 29,975 belonging to other states stranded in Uttarakhand had also registered for return to their respective states. Of these, 9,970 people had already returned by Monday evening. In addition, there were a significant number of persons wanting to travel between different districts within Uttarakhand, too. So far, 52,621 persons had been permitted to travel between different districts within Uttarakhand, he added.
He also stated that the state government had deposited Rs 1 crore in advance to the Railways to facilitate running of trains to bring the stranded migrants back. Trains from Surat to Kathgodam and Pune to Haridwar had already arrived, while additional trains were being scheduled for arrival. A Haridwar Special train from Surat would arrive late tonight, while another special train from Bangalore to Haridwar was expected to bring back 1200 migrants from Karnataka by tomorrow evening. The process of bringing stranded people from states like Gujarat and Telangana by trains was already in motion. The Government of Uttarakhand was in touch with the railways and the respective state governments in this regard.
In response to a question by media persons, Bagoli claimed that there were many who did get themselves registered for return but were not willing to actually return as per their registration, so the government was prioritising earlier return of those who wanted to come back early. He also claimed that medical screening of all the passengers was being carried out before allowing them to travel and also after reaching Uttarakhand. They were also being asked to home quarantine after reaching and all the required SOPs were mandatorily being carried out in accordance with the guidelines of Government of India, he insisted.