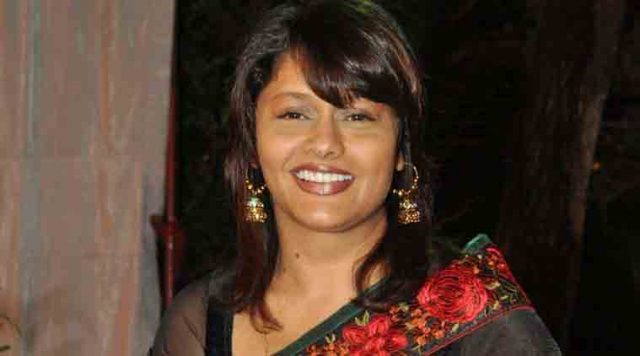 Pallavi Joshi won the National Award as Best Supporting Actress for husband Vivek Agnihotris “The Tashkent Files”, while the director took home the award for the same film in the Best Dialogues category.
This is Pallavi’s second National Award. She had earlier received a Special Jury Award at the 1994 ceremony for her role in “Woh Chhokri’. For Vivek Agnihotri, this is the first time he has been given a National Award.
“There is no ego clash between me and Vivek. Rather we feel proud of each other’s achievement. I know it is quite natural in a patriarchal society and the kind of social conditioning men have on the achievement of their wives, but since the beginning of our journey our equation as a couple was different,” Pallavi told IANS.
She continued: “When I married him, I was quite a popular face on TV and there were times when we would go to restaurants and my fans will walk up to me and ask Vivek to click my picture with them. So, yes, as a wife it did cross my mind that I hope my fame does not hurt his male ego. But with time I realised it never did.”
“This was my second National Award and Vivek’s first, and I was happier for him. I think as mature individuals we also understand that when you are an actress, the chances are there that your face would be more recognised than that of a filmmaker. I know he feels proud of me. We both are talented but differently — like Vivek could be a very bad actor and I could be a very bad film director. I don’t think it is fair to set the parameter of someone’s talent, based on fame. I think that goes for every couple who are successful in their own right. Especially for men feeling proud of your wife should not hurt your ego,” she added.
Pallavi being the producer of the film also mentioned how the National Award gives validation to the film, considering it received criticism from many quarters in the media and the audience upon release.
“Look, you can like, dislike or even be critical about a film, but there is a difference between critiquing and ridiculing a film. There was a section of people who refused to even watch the film because it is made by Vivek. There are people who said that the film is a ‘laughing stock’ and absolutely ‘disgusting’. With the award that we got for ‘Best Dialogues’ it only shows that their words were wrong and they all tried to do nothing but sabotaged the film,” Pallavi claimed.
Asked if she and Vivek Agnihotri faced such a situation because of their political ideology, and Pallavi said: “Yes, and I’ll explain how. Differences of opinion and healthy debate are part of a democracy and that has always existed. But things have changed post-2014. Just because Vivek and I openly said we admire the leadership of Prime Minister Narendra Modi, a section of people even within our fraternity give us the cold shoulder. You critic a film or an actor based on their skill set, why base it on their political ideology?”
“Abusing people on social media, ridiculing their work — is this a true expression of freedom? I do not abuse and will never do such a thing to anyone even though their political ideology differs from mine. That is how my mind function,” Pallavi signed off.

Garhwal Post has established itself as a credible, balanced and forward looking newspaper in India. Based in Uttarakhand, the daily is read by the aware, socially and culturally responsible, high-income elite of society.
Contact us: info@garhwalpost.in
https://garhwalpost.in/online-christian-dating-sites/ iceland women dating free dating sites in lexington ky